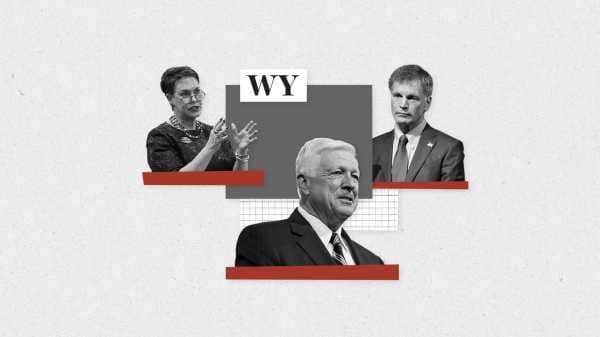 The battle for the House of Representatives took a break on Tuesday when Alaska and Wyoming voters went to the polls. Neither state has a competitive congressional race in the 2018 midterm elections — and each has only one member of Congress anyway.

But each of those states will elect new governors this year. The campaign for the governor’s mansion in Wyoming more or less ended with the Republican primary tonight, and Alaska’s race, one of 2018’s most unusual and a true three-way contest, is just getting started.

The clock started ticking in bizarre three-way-race that could allow two center-to-left candidates, unless they join forces, to split the vote and hand the contest to the Republican. They have until September 4, when ballots start to get printed, to decide.

In Wyoming, a crowded race that included Rick Santorum’s favorite billionaire allowed the Republican megadonor to get a little skin in the game.

Dunleavy won Tuesday’s Republican primary easily, as had been expected, and now his opponents have two weeks to figure out whether to team up and try to stop him or go their own way. The Alaska state senator received the support of former Gov. Sean Parnell — the outcome wasn’t really in doubt. 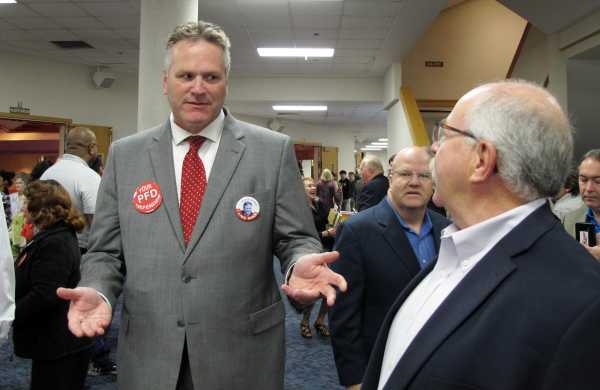 Two polls have already shown the nightmare scenario for Alaska Democrats: Dunleavy beating both Begich, a former Democratic US senator, and Walker, looking to serve a second term, by a few points. A split vote risks handing the governor’s mansion to Republicans.

Begich ran, in part, because of Walker’s weak standing. Morning Consult puts Walker’s approval rating at 29 percent and his disapproval at 54 percent, making him one of the most unpopular governors in the country. Begich has criticized him for dipping into the state’s unique’s economic welfare program — the Permanent Fund, the closest thing to a universal basic income in the United States — to avert a state budget crisis spurred by the recent drop in oil prices.

Walker is also under attack for the spike in property crime, which is linked to the state’s opioid crisis, from both Begich and Dunleavy, who is running on a “Make Alaska Safe Again” message.

The campaigns have talked, at least preliminarily, about how to avoid a Dunleavy win. The presumed options would be one of Walker or Begich dropping out and endorsing the other — or perhaps some kind of a unity ticket. They now have two weeks to decide.

It has happened here before: Walker allied with Democrat Byron Mallott for a unity ticket to win his first election in 2014. Begich endorsed Walker then, while Walker did not return the favor. The senator’s strong ground game may have helped carry Walker to victory that year even as he fell short in his own campaign.

No longer content to fund Rick Santorum’s unsuccessful presidential campaigns, Foster Friess, who once famously declared the best form of birth control was for “gals” to put an aspirin “between their knees,” decided to take his millions and run for office himself. 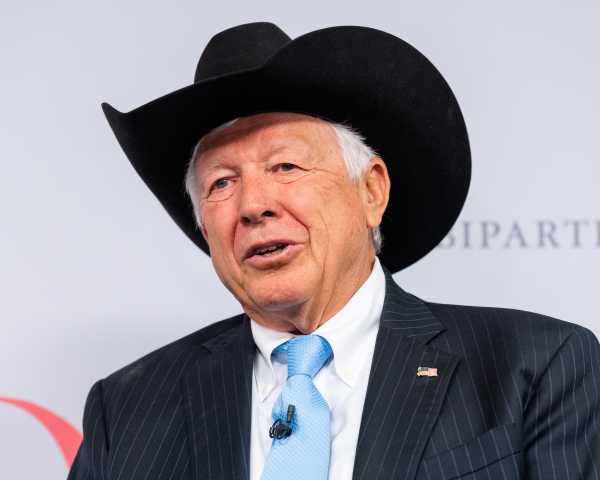 His generous spending on his own behalf could end up making Wyoming’s Republican primary the most expensive campaign in the state’s history. Friess, who became very rich running a mutual fund in the 1990s, put more than $2 million of his own money into his gubernatorial campaign.

The primary was crowded, with at least four credible candidates to replace outgoing Gov. Matt Mead, who enjoys strong popularity in the state. Friess was running against State Treasurer Mark Gordon, business executive Sam Galeotos, and attorney Harriet Hageman, the only woman on the GOP ballot.

Those mega-donor dollars weren’t enough for Friess. Neither was a last-minute endorsement from President Donald Trump. Gordon narrowly prevailed in Tuesday’s primary.

Not a good day for the 1 percent — or the president.

Mary Throne almost assuredly won’t win the Wyoming governor’s election against Gordon in November. The major election forecasters rate the Wyoming race as solidly Republican in this state that voted for Donald Trump by 50 points.

But the former state senate leader will still add her name to the list of Democratic women who have prevailed in primary elections for the 2018 midterms.

Throne joins a cast of Democratic women getting nominated in states around the country, from red to blue:

That’s not even counting Gwen Graham, who is leading in the contest for the Democratic nomination in next week’s primary in Florida.

Each of these women have varying chances of winning in November, but with just six women who hold the top state-level executive office in the country, nominating this many women in a year that’s favorable for Democrats assures those numbers will increase.