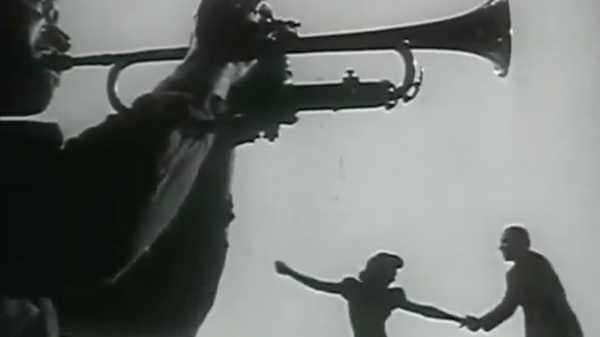 There are hidden treasures and odd surprises among the films that have
won or been nominated for Oscars in the short-film categories. The
Mexican director Robert Amram’s film “Sentinels of Silence,” which won
Oscars for both Best Live Action Short and Best Documentary Short, in
1971 (the rules were then changed to limit eligibility to one
category), is the apotheosis of the travelogue. Filming mighty ruins of
ancient Mexican civilizations, ranging widely among enormous structures
found deep inland, atop plains, amid jungles, or at the shore, Amram
uses his helicopter (piloted by Larry Peterson) as gracefully and as
choreographically as a moving-camera stylist such as Max Ophüls used
tracking rails and cranes, and the editing (by Alex Beaton) has a
geometrical severity akin to that of Alain Resnais. The spectacular
sites are observed with a sense of awe (through the cinematography of
James Freeman) that only rarely yields to the picturesque (and the
narration is occasionally ponderous, though raised to poetic glory by
the resonant voice of Orson Welles). This would be one to see on as big
a screen as possible.

There aren’t many movies featuring great jazz musicians just playing,
and “Jammin’ the Blues,” a 1944 nominee for Best Live Action Short Film,
is an exemplary one. Its lineup of musicians features, foremost, the
tenor saxophonist Lester Young, whose airy, melancholy performances,
often lingering suspensefully so far behind the beat that they seem to
stop time, are joined by his longtime collaborators in the Count Basie
band: the agile, bluesy trumpeter Harry (Sweets) Edison and the drummer
Jo Jones. The music is filmed on a blank set, the musicians surrounded
alternately by an abstract studio darkness and brightness. As directed
by Gjon Mili (better known as a technically innovative photographer) and
filmed by Robert Burks (best known for his longtime collaboration with
Alfred Hitchcock), the movie adds some extraneous visual riffs of its
own (forced perspectives creating odd proportions, reflections of the
singer Marie Bryant in a piano lid, Bryant and Archie Savage doing a
swing dance in front of Young while he solos, multiple exposures), but
the music itself is the thing, a rare chance to see Young, one of the
crucial innovators and most expressive artists in the history of jazz,
in his prime.

From 1936 through 1956, the Live Action Short Film Oscars were divided
into two categories, One-Reel and Two-Reel (i.e., about ten minutes and
about twenty). One of the shorter ones, from 1955, “3rd Ave. El,” by
Carson Davidson, is a virtually handmade home movie that captures a
moment of New York history, on 16-mm. color film, just as it was ending.
The Elevated lines stopped serving Manhattan in May, 1955, and were soon
torn down. Davidson’s film is a docu-drama, in which a handful of
picturesque and typical characters use the line and gaze out the window.
It’s not seriously marred by some arty touches (such as tilted and
tinted images and sped-up motion); what’s more, a too-cute story line
involving a coin stuck in the grooves of the subway floor at least has
the virtue of showing (as few films ever do) what the floors of the cars
looked like. The views of the trains rushing into stations and of
streets are piquantly evocative, and a series of shots of a swing bridge
(pivoting horizontally) over the Harlem River has a heroic energy,
capturing the feel of an industrial city in action.

Before he started making films, Pierre Étaix (who died in 2016) was a
clown, a music-hall comedian, a cartoonist, a graphic designer, and a
collaborator of Jacques Tati’s. Étaix is the star of his own 1962 short,
“Happy Anniversary,” which he co-wrote and co-directed with Jean-Claude
Carrière, as an unhappy happily married man. He’s rushing home to
celebrate his anniversary while his wife (Laurence Lignières) is
preparing an appetizing feast—but one mishap after another, capped by a
colossal Parisian traffic jam, prevents him from getting home promptly.
The gags have a cartoonists’ cleverness (the cigarettes on the paving
stones beside a sports car as it inches forward) and a stage performer’s
inventiveness (the expanding dining-room table, the flying dabs of
shaving cream), and Étaix himself, even when he’s just standing still,
virtually dances through the whole thing.

“Happy Anniversary” is streaming on the Criterion
Channel at
FilmStruck.

“So Much for So Little”

“So Much for So Little,” one of the two 1949 Best Documentary Short
Subject winners, shows how broadly the Academy defined the category at
the time. It’s directed by Charles M. Jones, a.k.a. Chuck Jones, the
director of hundreds of cartoons (many starring Bugs Bunny, Daffy Duck,
and the Road Runner and Wile E. Coyote), and “So Much for So Little” is
a cartoon, too, an animated “documentary,” complete with fantasy comedy
sequences, about public-health departments and their role in preventive
medicine. Its rather grim premise involves a child named Johnny, a
“typical” (i.e., white) child whose very ability to survive to adulthood
is menaced by grave medical threats—and, in particular, by the lack of
attention from public-health officials. (A sequence about vaccination
features a variety of animated germs for different diseases.) Soon, the
brisk ten-minute journey carries Johnny to school age and then to
adulthood—then, into marriage, parenthood, and old age. It’s a
remarkable telescoping of a life into its medical moments (complete with
an ominous, yet jovially illustrated, litany of risks), a comedy that,
in its way, is as visionary as the ones for which Jones is famous. This
public-service announcement—complete with its political element, the
suggestion of the minimal cost of public health in taxes compared to the
benefits it brings—is a fact-based cartoon, i.e., a documentary.