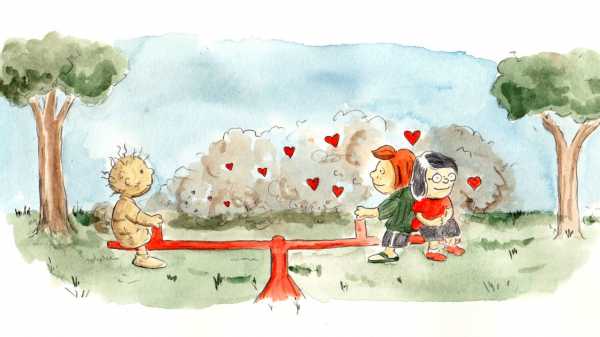 We were watching a play about infidelity. It was 1984, and my girlfriend and I had been living together for a couple of years. We had descended the sixty-odd blocks to see Tom Stoppard’s “The Real Thing,” at the Plymouth Theatre. “He loves me,” Glenn Close said onstage. “He wants to punish me with his pain, but I can’t come up with the proper guilt. It’s so tiring and so uninteresting. You never write about that, you lot.”

“Gallons of ink and miles of typewriter ribbon expended on the misery of the unrequited lover!” Close replied. “Not a word about the utter tedium of the unrequiting.”

A year later, I was sitting on a couch with a half-Irish writer named Jean, listening to “Pictures at an Exhibition,” a piano piece by Modest Mussorgsky. During a movement called “The Catacombs,” the music grew dark. I looked over at Jean, and she looked at me, and at that moment we came to an unspoken agreement about all the trouble we were about to cause. In the weeks to come, I would take care to wash my sheets. Jean had two cats, and my girlfriend—who I’ll call Rachel, and who remembers none of this, not even the play—was allergic. I knew Rachel would realize something was up the first time that she sneezed.

I had grown up believing in the transformative power of love. My parents’ marriage had been like that: selfless, giving, ideal. They were like the Quaker version of Morticia and Gomez Addams. As a closeted transgender child, I had hoped that a similar love might fall upon me, and, in so doing, cure me of the unfathomable desire that had dominated my heart since I was five or six. At night, I had two prayers. One was to wake up in the morning as the girl I knew myself to be; the other was that an all-encompassing love would erase this desire completely.

It had never occurred to me that, should I manage to trick an unsuspecting woman into falling in love with me, I would be unable, in the long run, to be true to her. My theory was that love would get me outside of myself, and that, once liberated, I would become the ideal boyfriend, motivated by gratitude to my lover.

This was a false hope. Still, if I’d been interested in finding evidence for the ubiquity of unrequited love, or for the mysteries of queer identity, I wouldn’t have had to look much further than the pages of the Philadelphia Evening Bulletin, which my father brought home each night. The Inquirer had good comics too, but the best ones—“Brenda Starr, Reporter,” “The Phantom,” “Terry and the Pirates,” “Doonesbury”—were in the Bulletin.

As a boy, I was a goofball. I did imitations, some of them so good that I could pass for other people on the telephone. I invented satirical songs, which I performed on the piano or sang a capella in my unexpected soprano. I made fake beards out of socks. I buried treasure in the yard and drew maps for my sister to find it. My primary form of self-care was the constant generation of blarney. I was entertaining because I was sad.

It was in reading “Peanuts,” lying on the floor beneath the piano in our suburban home, that I first grasped the terrible truth: my parents resided in a cartoon universe. It was Charlie Brown and his friends—children who lived in a world defined by unrequited love—who resided in the real one. I could imagine Charlie asking, with his usual anguish, “Isn’t there anyone who can tell me what love is all about?”

As it turns out, there was one person who could: Pigpen. Of all the characters in “Peanuts,” Pigpen seems most at peace with the life he has been given. Sure, he’s immersed in filth—he can “raise a cloud of dust in a snowstorm,” as Charlie Brown puts it—and Patty and Violet seek constantly to humiliate him. But Pigpen will have none of it. “Aren’t you ashamed?” Violet says to him, after making him look in the mirror. “On the contrary,” he replies. “I didn’t think I looked this good.” In a strip from September, 1954, Patty marches along with a bucket, determined to “personally give Pigpen a good scrubbing.” But when she finds him—sitting, as usual, in a sandbox—he looks clean and shiny. As she departs (“I guess there’s some hope for him, after all”) you see that only half of Pigpen is clean. The side facing away from Patty is still covered with grime.

Charles Schulz was said to have grown tired of the character in later years, in part because it was hard to write material for him outside of the one basic joke. But it’s not hard to understand his enduring appeal. He’s the closest thing the strip has to the spirit of total Zen. It would be nice, I thought, lying there beneath the piano, to live one’s life like this. It gave me “Peanuts” envy. I wondered: Did Pigpen never feel the yearning to be clean? Or had he accepted that purity was not in the cards? Was the secret of his grace that he lived in a world without desire?

I had not yet cheated on Rachel when we watched Tom Stoppard’s play—at least, not if you measure cheating by the fairly high standard of having an actual affair. It was not so unlike Pigpen showing Patty only his clean side. In the mornings, I lay listening to her tender breaths, taken in sleep. I pictured myself knocking on her door en femme, her startled expression as she realized that the strange woman before her was someone she already knew. I imagined her response: Aren’t you ashamed of yourself? Surely she’d want to give me a good scrubbing.

On the contrary, I might reply. I didn’t think I looked this good.

If Pigpen was an emblem of self-acceptance, an even better example was Peppermint Patty. She and her friend Marcie attend a different school than Charlie Brown, on the other side of town. Unlike the girls at Charlie Brown’s school, who wear dresses, Peppermint Patty wears shirts and pants or shorts. And she’s an athlete—virtually every time she plays Charlie Brown’s team in baseball, she wins.

Given her very clear differences from other girls, plus her terrible grades, plus a difficult home situation (her mother is absent, for unclear reasons), you’d think that Peppermint Patty would struggle—that, like Charlie Brown, she’d find herself in regular need of Lucy van Pelt’s Psychiatric Help. But Patty is almost always smiling, upbeat. She is, other than Pigpen (and maybe Snoopy), the most consistently optimistic member of the cast. 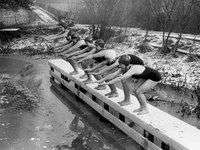 The Women Who Brave Winter Swimming at London’s Ladies’ Pond 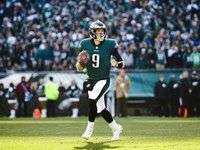 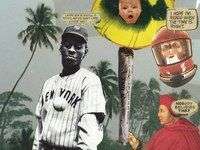 David Bowman and the Furry-Girl School of American Fiction 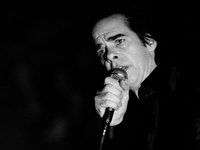 The Nick Cave Song That Changed My Life 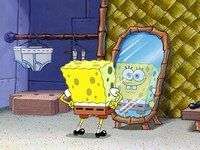 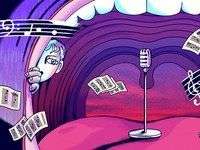 A Brief Tussle with the Great American Songbook

In this oblivious self-sufficiency, she resembles no one so much as the solitary Pigpen—although, unlike him, she has a sidekick, Marcie, whose love for her is unconditional. Marcie is a strange character, in some ways. She’s a good student, unlike the object of her affection. She calls Patty “sir,” which might be an honorific, or it might be something else. My guess is that Marcie, who looks through glasses that make her actual eyes invisible, sees something in Peppermint Patty that no one else can see. There’s a “Family Guy” episode in which Peter, the dad, visits his friend—the grown-up Peppermint Patty—and remarks, “Gosh, Patty, the years have been great to you!” Patty replies, “Well, I owe that to my better half.” Then Marcie walks in, asks, “Who is it, sir?,” and plants a kiss on Patty’s cheek.

Reading the strip in the nineteen-sixties, this was not the ending that I would have imagined for Patty. It’s not the one that she imagines for herself, either. In a sequence from February of 1980, Patty finally gets a kiss on a Valentine’s Day date from the one person—besides Marcie—who seems to understand her. It’s Pigpen, of course. Later, Charlie Brown and Pigpen discuss Patty. “Patricia is an unusual girl,” Pig says. “Did you know she never once criticized my appearance?”

Patty, for her part, calls up Marcie in the middle of the night. “Hi Marcie! It’s me! I know it’s three o’clock in the morning, but I can’t sleep. You know why I can’t sleep? I’M IN LOVE!” The last panel of this sequence shows Marcie flattened on the floor, her face sad and exhausted. “I’m sure you’ll be very happy, sir,” she says. It is surely one of the most heart-breaking sentences in comics history.

In Stoppard’s play, there’s a moment when Jeremy Irons’s character comes to a realization. “I remember how it stopped seeming odd that, in biblical Greek, ‘knowing’ was used for ‘making love,’ ” he says. “Whosit knew so-and-so. Carnal knowledge. It’s what lovers trust each other with. Knowledge of each other, not of the flesh but through the flesh, knowledge of self, the real him, the real her, in extremis, the mask slipped from the face.”

After we broke up, I didn’t see Rachel for thirty-three years. Then, in 2017, I happened to be walking back to the apartment I shared with Deirdre, my wife of thirty years, when a face passed by. “Rachel?” I shouted. “Rachel?”

The stranger stopped and turned toward me. There I was, the twenty-four-year-old boy she had once loved, transformed into a fifty-eight-year-old woman.

“You look good,” I remember her saying, and in reply I said something along the lines of, Well, I owe that to my better half. Against all odds, my marriage had turned out to be a lot like my parents’. Love had not cured me of the desire to be female—but being fully known, at last, had made it possible for the mask to slip from my face. It had made it possible for me to transition, knowing that Deirdre’s love for me would endure. People often ask how Deirdre adapted to the change. But the mysterious self I unveiled to her turned out, mostly, to be the one she already knew. She is, as Pigpen observed, an unusual girl. She never once criticized my appearance.

Rachel and I stood on the corner, talking near the gates of Barnard College. The conversation was brief, and about the small happenings in our lives. Columbia students swirled around us, not one of them born when I’d cheated on this sweet, kind woman a generation before. Then we said goodbye, and my heart felt full. I was reminded of Pigpen’s kiss with Patty, after which he turns to Charlie Brown. The dirt rises from him in waves. An unexpected love has rocked his world. And yet it has not made him clean. “I know I’m not very neat,” he says. “I can’t seem to change.”