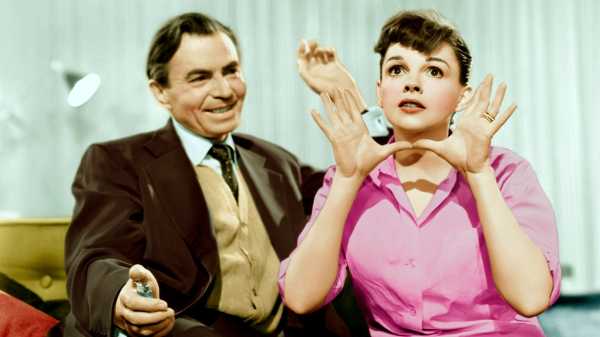 Movie musicals are back in vogue. This year’s most prominent releases so far include Jon M. Chu’s film of Lin-Manuel Miranda’s “In the Heights,” Leos Carax’s “Annette,” and an adaptation of the recent Broadway hit “Dear Evan Hansen.” Still to come is another Miranda production, “Tick, Tick . . . BOOM!” (his directorial début), and Steven Spielberg’s remake of “West Side Story.” The trend is well timed: the intrinsic pleasure of hearing music, seeing it performed, and watching dancers in motion is a baseline of ecumenical gratification in times of trouble. (It’s no coincidence that the genre thrived during the Depression and the Second World War.) But the movie musical is as perilous as it is exhilarating, and its pitfalls are built into its glorious enticements. Singing and dancing are so intrinsically joyous to watch, so naturally suited to the medium of talking pictures, that they can lull filmmakers into passivity: just point the camera and let the pleasures unfold.

That’s what happened in the early decades of talking pictures, when musicals proliferated under mediocre direction, until they glutted the market and the genre nearly went out of business. It found new commercial life and cultural prominence, along with new inspirations, thanks to the 1933 film “42nd Street,” which featured fantastic production numbers by Busby Berkeley—but even the revitalized genre soon revealed its limitations. Fred Astaire, who rose to stardom in 1934, insisted on being filmed dancing in extended takes that simply showed his entire body in motion. “Either the camera will dance or I will,” he famously declared. His demand rendered his directors inert and his celebrated dance numbers of the thirties numbingly dull. As their example proves, the filming of music demands more than other subjects do. What the great movie musicals have in common is more than top-notch singers and dancers and songs. (Indeed, some of the greatest song-and-dance performances on film, such as those of the Nicholas Brothers, are, depressingly, filmed with little imagination.) These movies are all, first and foremost, cinematic experiences in which a concept of music is realized through images.