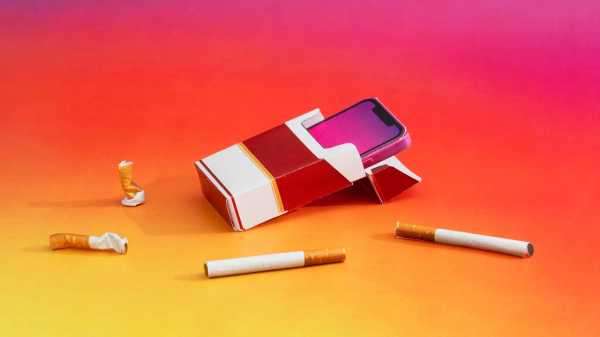 The trouble started in mid-September, when the Wall Street Journal published an exposé titled “Facebook Knows Instagram Is Toxic for Teen Girls, Company Documents Show.” The article revealed that Facebook had identified disturbing information about the impact of their Instagram service on young users. It cited an internal company presentation, leaked to the paper by an anonymous whistle-blower, that included a slide claiming that “thirty-two percent of teen girls said that when they felt bad about their bodies, Instagram made them feel worse.” Another slide offered a blunter conclusion: “Teens blame Instagram for increases in the rate of anxiety and depression. This reaction was unprompted and consistent across all groups.”

These revelations sparked a media firestorm. “Instagram Is Even Worse Than We Thought for Kids,” announced a Washington Post article published in the days following the Journal’s scoop. “It’s Not Just Teenage Girls—Instagram Is Toxic for Everyone,” claimed an op-ed in the Boston Globe. “Zuckerberg’s public comments about his platform’s effects on mental health appear to be at odds with Facebook’s internal findings,” noted the New York Post. In a defiant post published on his Facebook account, Mark Zuckerberg pushed back, stating that the motives of his company were “misrepresented.” The very fact that Facebook was conducting this research, he wrote, implies that the company cares about the health impact of its products. Zuckerberg also pointed to data, included in the leaked slides, that showed how, in eleven out of the twelve areas of concern that were studied (such as loneliness and eating issues), more teen-age girls said that Instagram helped rather than hurt. In the background, however, the company paused work on a new Instagram Kids service.