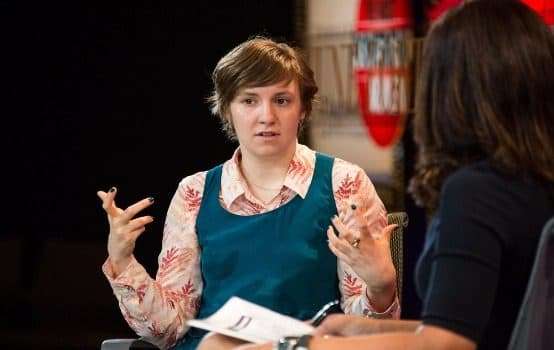 2017 was a year that overturned many long-held sociopolitical certainties. Remember when Republicans liked free trade? Or when liberals liked free speech? Such fond memories. We can add yet another demolished certainty to the list: the political left, after centuries of championing visual art, has discovered a new passion for censoring it.

In December, feminist activist Mia Merrill launched a petition calling for the Metropolitan Museum of Art to remove a work from exhibition. The painting in question, Balthus’s Therese Dreaming, depicts a young girl in a sexualized pose, and was declared “disturbing…given the current climate around sexual assault.” The petition attracted over 11,500 signatories, forcing the Met to publicly respond—although not to Mary R., a signatory who wondered if the long-dead artist could still be arrested.

Months before Merrill’s efforts, artist-activists Parker Bright and Hannah Black mounted a protest movement demanding that the Whitney Museum remove and “destroy” a painting featured in its Biennial exhibition. The painting, Dana Schutz’s Open Casket, was inspired by photographs of the disfigured face of Emmett Till, a black teenager who was murdered in 1955 by racists angered that he had supposedly whistled at a white woman.

The problem here was that Schutz, the artist, is white. “The subject matter is not Schutz’s,” said Black in a letter co-signed by 30 other artists. “White free speech and white creative freedom have been founded on the constraint of others, and are not natural rights. The painting must go.” Bright argued that the painting “perpetuates the same type of violence that was enacted onto [Emmett Till].”

Meanwhile, a different protest movement was celebrating a milestone success: the closure of PSSST, an art gallery located in the predominantly Hispanic neighborhood of Boyle Heights, Los Angeles. The gallery had raised the ire of a group calling itself the Boyle Heights Alliance Against Artwashing and Displacement (BHAAAD), which sees the openings of art galleries in non-white neighborhoods as a kind of cultural violence that facilitates gentrification.

In a farewell statement, PSSST’s owners explained that their staff and artists had become targets for persistent harassment, both online and in person, and that the ongoing controversy had made fundraising impossible. The gallery was a nonprofit that sought to be “an open and dialogue-rich incubator in which artists would be relieved from the common pressures associated with the economies of art production and thereby create new models of sustainability and exchange,” yet that wasn’t to be. BHAAAD’s own statement argued that such a project was really about “channeling philanthropy into destroying neighborhoods” and made a solemn vow: “We will not stop fighting until all galleries leave.”

This is an inversion of what felt like the natural order of politics. For a very long time, it was conservatives who professed themselves interested in objective truth and felt comfortable imposing their vision of it on non-conformists and rule-breakers. Liberals, on the other hand, delighted in subverting great truths and declared themselves the enemies of orthodoxy. They sought a cultural free-for-all. But these new progressives are after something very different. They want what conservatives used to want: rigid adherence to proscriptive norms, with shaming in store for those who run afoul of them—despite having spent generations trashing those very ideas.

The old progressive order was postmodernism, which claimed that morality was just layers of discourse that could be playfully deconstructed. The new progressive order is something different: they’re moral positivists, and their morality centers around representations of race, gender, and sexuality. These topics are now fault lines invested with the power to divide good from evil. Playful deconstruction is no longer possible. There is the truth, and there are the violators of that truth who must be punished.

To see this new moral prescriptivism taking self-aware shape, look, as ever, to Lena Dunham.

Once upon a time in 2016, a pop culture controversy erupted when Dunham took public offense to Kanye West’s music video “Famous,” calling it “one of the more disturbing ‘artistic’ efforts in recent memory.” The video featured grainy footage of nude celebrity look-alikes lying prostrate in bed together in a vaguely post-coital arrangement. Dunham objected to the “prone, unconscious, waxy bodies of famous women, twisted like they’ve been drugged and chucked aside at a rager.”

What was infinitely more interesting than West’s video, and ultimately illuminating in a macro-cultural kind of way, was the manner in which Dunham qualified and justified her offense. Before launching her attack on West’s objectification of women’s bodies (we’re all good with the nude men), Dunham offered this passage:

Why does this feel different? Let’s take a guess. Previous generations of sexually explicit art violated other people’s sacred norms, but West’s video violated Dunham’s sacred norms. That other art was fine. This art is not.

We used to have a word for people who sought to enforce restrictions on the bounds of public discourse in order to insulate sacred norms from attack by non-believers. They used to be called “conservatives.”

Given this, it seems significant that a new pillar of progressive thought is that women, people of color, and sexual minorities exist in a state of constant physical danger. Jonathan Haidt and Greg Lukianoff have documented the way in which young progressives employ concepts like “violence” and “trauma” expansively to justify blocking ideas and speech acts they find threatening. The key thing separating older progressives from young progressives may well be that young progressives are being taught to live in fear.

Of course, minorities really do endure violence that other people don’t. When people of color, women, and members of the LGBTQ community explain that they are in danger, they aren’t simply making it up. Still, every statistical indicator tells us that this danger has never been smaller, contra progressives’ choice of the current moment to remake leftism into a safety culture.

Bargh predicts that the more fearful one is, the more conservative one will be. But the policy content of that conservatism shouldn’t matter. What does matter is that a social free-for-all will seem significantly less appealing if you don’t expect to come out well from it. An open society starts to lose its attractiveness if you are taught that openness itself is threatening—whether you are a Catholic worried about heresy or a social justice activist worried about the patriarchy.

With all this in view, it feels intuitive that any movement predicated on the idea that its members are in extreme danger will not view that danger with liberal tolerance. It will seek to remove it. As long as progressive ideology teaches its disciples that they need to be protected from the utterances of an open society, we should expect progressives to act like medieval inquisitors. The only difference is that this time around, the art isn’t as good.

Nicholas Phillips is president of the NYU School of Law Federalist Society. Follow him on Twitter @czar_nicholas_.