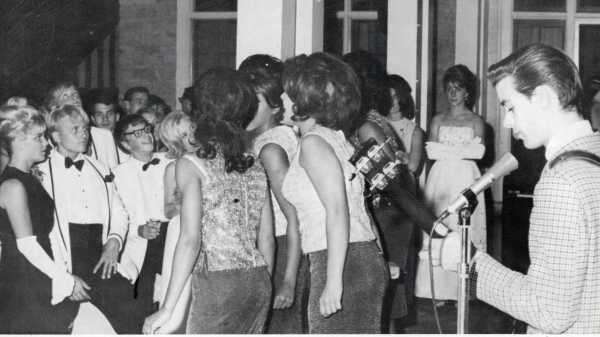 I grew up in Kansas City and attended Pembroke-Country Day, an all-boys private school, from kindergarten through twelfth grade, beginning in 1960. (It later merged with a girls’ school and became Pembroke Hill.) Recently, I was looking through my old yearbooks and was amazed to see who had performed at upper-school dances when I was in grade school and junior high: Bo Diddley, in 1962; the Drifters, the Crystals, Dr. Feelgood & the Interns, and Brian Hyland, in 1964; Booker T. & the M.G.s, in 1965; Bob Kuban and the In-Men, in 1967; the Ike & Tina Turner Revue, in 1968; and Arthur Conley, in 1969.

These performers were not nobodies waiting to be discovered. The year after Bo Diddley played at the prom, he and the Everly Brothers (later replaced by Little Richard) were the headliners on a British tour in which one of the warm-up acts was the Rolling Stones. The Crystals (“He’s a Rebel,” “Da Doo Ron Ron,” “Then He Kissed Me”), Brian Hyland (“Sealed with a Kiss”), the Drifters (“Under the Boardwalk”), Booker T. (“Green Onions”), Bob Kuban (“The Cheater”), and Arthur Conley (“Sweet Soul Music”) all had hits either the year they played at my school or two or three years before. The Beatles covered Dr. Feelgood’s single “Mr. Moonlight” on their album “Beatles ’65.” Ike and Tina’s American breakthroughs—touring with the Rolling Stones, in late 1969, and performing “Proud Mary” on “The Ed Sullivan Show,” in early 1970—were still in the future, but they’d been working with the record producer Phil Spector since 1966, and their single “River Deep—Mountain High” was popular in Europe.