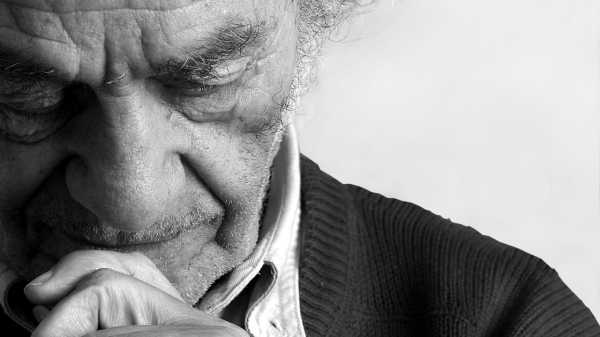 “He’s going to die any minute now,” a college classmate of mine said in
1994, when the Chilean poet Nicanor Parra had just turned eighty and we
were eighteen. I asked if the poet was sick or something. “When people
are eighty, it’s highly probable that they’ll die at any minute,” he
replied. We were on campus in Santiago, doing nothing, pretty high.
Someone said that there was an event at Cine Arte Alameda to celebrate
Parra, and the usual four or five of us headed over—uninvited, of
course, but we managed to sneak in. I remember almost nothing about the
event. The place was packed. Any rock band would love to have half the
fans that Parra did.

Almost a decade later, in 2003, I went to Nicanor’s house in Las Cruces
for the first time. I was pretty much uninvited then, too, but Nicanor
knew that his friends were bringing with them a professor and aspiring
poet, still in his twenties, who was longing to meet him. When people
are almost ninety years old, it’s highly probable that they’ll die at
any moment, but Nicanor was still going strong.

Conversations with him were always an adventure. They began with an
exchange of pennants, followed by a few loose, exploratory phrases that
were really his most recent poems, his thoughts from the week. During
lunch, he’d talk about the joys of wine, the unbeatable pork roll from
Las Cruces, the interesting color of the tomatoes. The best part was the
conversation after the meal, when the script would take off in
unexpected directions and he didn’t seem to be trying to teach anything,
although one always learned a great deal.

The press and the academy demonstrated a persistent, sometimes
insistent, interest in digging around in his life, but the truth is
that, except for the usual enumeration of children and romances, we know
little about Nicanor Parra. His relationship with interviews was
complicated. “Every question is an impertinence, an aggression,” he
declared, with paradoxical warmth. Sometimes he refused interviews
outright; at other times, he would open up with long preambles that led
to nothing. But a skilled observer would always leave Nicanor’s house
with enough material for a good article. Interviewing Parra, in fact,
became a kind of elective but important rite of passage for cultural
journalists in Chile.

I was a more or less involuntary witness to some of his interviews. I
remember, especially, his tug of war with the journalist Matías del Río.
Nicanor had agreed to talk to him on the condition that there be no
questions or recordings, but del Río took two minutes to break the
rules. “You, sir, are a pontificator, and pontiffs belong in Rome,”
Nicanor said, suddenly, and walked out without a word. Del Río didn’t
know whether to go or stay, but, after a while, our host returned,
apologized, and invited him to stay for lunch. While we ate, he answered
the journalist’s questions in extenso. At one point, Parra looked at
me, winked, and pointed with his right index finger at the journalist’s
sleeve: he knew perfectly well that his interlocutor was hiding a
recorder.

Thanks to a series of coincidences, mostly initiated by the editor
Matías Rivas, not long after I met Nicanor I was put in charge of
editing his translation of “King Lear,” called “Lear Rey & Mendingo” (“Lear, King & Beggar”). Nicanor had undertaken the translation in 1990,
for a successful staging at the Teatro Universidad Catolica, but he was
reluctant to publish it because he didn’t consider it finished, and so
it had remained in a state of semi-abandonment.

“Para traducir a Shakespeare / y comer pescado / mucho cuidado: / poco
se gana con saber inglés,” Parra wrote. (“In translating Shakespeare / and eating fish / take care: / little is gained by knowing English.”) He
wanted his translation of “King Lear” to be a transcription, in the
musical sense of the term: the work had been written for one instrument,
the English language, and it had to be transcribed for another one, the
Spanish language—Chilean Spanish.

The translation was essentially ready. There was a handwritten version
covered in edits, and a typewritten copy also riddled with corrections.
I consolidated them into a single manuscript and printed two copies.
Nicanor marked his up and I tried to record, on mine, every one of his
painstaking decisions. To see that someone I admired so much was capable
of spending a full hour arguing over an adjective, or testing, aloud,
the naturalness of a line, was an unexpected luxury. I was tasked with
extricating the book from him, taking it out of his hands, making him
see that it was ready. But it was hard for me to rush him. We laughed,
we got distracted; he was always extraordinarily generous with me. We
made progress, but, by the time night fell, Nicanor was overcome by
uncertainty. He considered not publishing the book; he seemed truly worried, as if, in that translation of “King Lear,” his literary destiny
hung in the balance.

One afternoon, my method failed: Nicanor made so many changes that it
was impossible to keep up with his corrections. I had to leave on the
last bus, and I asked if I could take his copy with me and get his
changes down once I was home. He looked at me with intimidating
seriousness and flatly refused.

The next day, I returned to transcribe the changes, but he wanted us to
keep progressing. After lunch, he insisted on driving me to Cartagena in
his old gray Beetle so that we could make photocopies. I wasn’t nervous
about Nicanor driving; I had already been his co-pilot a couple of times,
when we’d gone to eat fried fish. At the copy shop, they helped us
quickly. But on the way back we got stuck behind a red truck that was
inexplicably going very slowly. Nicanor tried to pass it, but, halfway
through the maneuver, the truck driver also sped up, and suddenly we
were facing down an enormous bus. Nicanor floored it and the other two
braked. As soon as he caught his breath, he raised an eyebrow and
smiled, like it was nothing. “We almost died,” I said. He looked at me
as if to say, Exaggerate much?

A couple of months later, Nicanor gave the go-ahead on that brilliant
translation. Over the following years, without the excuse of work, I
went back to see him many times. Once, he came to see me. It was 2010,
and I was just starting a seminar at Diego Portales University, talking
about a concept in Parra’s work, when the poet himself, with the
sheepish bearing of a student late for class, knocked at the door. I had
told him over the phone that we were reading one of his books, and he’d
found out the day and time of my class and arranged everything to travel
to Santiago and surprise us.

My students reacted timidly at first to the ninety-year-old living
legend of poetry, but gradually they ventured to ask some questions,
which Nicanor answered generously and at length. Later, in the
cafeteria, one of my students told me that he’d been startled to see
Parra, because he’d thought the poet was dead. “He is dead, and so am
I,” I replied, but my student didn’t get it. I had to explain that I was
joking. Some months later, in a speech to celebrate International Book
Day, President Sebastián Piñera made the same mistake, including Parra
among the Chilean authors who “have left us.” I don’t know what the poet
thought of that lapse. Most likely, he burst out laughing.

A few days ago, when Piñera found out that, eight years later, Parra had
indeed died, he tried to fix things with this pretty ridiculous
sentence: “All that remained for him to achieve immortality was to leave
this earthly world.”

If I were in the Santiago Cathedral today, holding vigil over Nicanor
Parra with my friends, instead of writing in my house in Mexico City, we
would speak in low voices about the last time we’d seen the deceased.
That’s what you talk about at wakes.

I would tell them about December 5, 2014. I was thirty-nine; he was a
hundred. I went to see him with Joana Barossi, a Brazilian friend who
translated his poems for fun, and who dreamed of meeting him. When I
introduced them, he barely greeted her. For the first ten or twenty
minutes, Nicanor spoke exclusively to me.

Then he put on a couple of piano cuecas on the stereo, and, after we
commented on them, he got up and did a little dance. Only then did he
speak to Joana, and with a certain solemnity; she was enchanted. He
asked her to read us one of her translations, and she agreed. She
started—I think—with the Portuguese version of his famous poem “Advertencia al Lector,”
or “Warning to the Reader.” Nicanor looked at her as if she were the
girl from Ipanema herself.

We ate lunch, and then I thought we should get going; it was time for
his siesta. On the coffee table there was a copy of “Parra a la Vista”
(“Parra in Sight”), a book compiled from a bunch of Nicanor’s
photographs that his grandson Cristóbal Ugarte found in a suitcase. The
poet began to explain the photos, in detail, one by one. I went out to
smoke and when I came back he was still telling Joana about the photos;
I went with his daughter Colombina to buy some ice cream and when we
came back he was still going; I went to the front yard, talked for maybe
two more hours with Colombina and Rosita, his caretaker, and then we had
to leave, but Nicanor still had enough material for forever and a day.

It was dark when we finally left. As we were saying goodbye, Joana
handed him a copy of his “Complete Works” and asked him to sign it.
Nicanor hesitated a second before replying, “No, better do it next time,
Joana, next time.” Resigned but still happy, she kissed his right hand.
“This is the most important day of my life,” she told me later, in the
car. I looked at her as if to say, Exaggerate much?

When people are more than a hundred years old, it’s highly probable that
they’ll die at any moment, but, as several friends have said, we were
used to Nicanor’s presumed immortality. He lived three more full years.
I could have visited him many times, but I didn’t. All I can do is say
goodbye to him like this, writing, speaking in a low voice, to no one.

Translated, from the Spanish, by Megan McDowell.