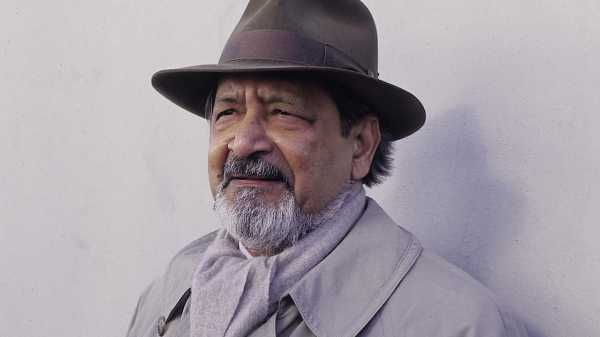 I first read V. S. Naipaul before knowing anything about him—I came under the spell of his prose before I knew not to like him.

In the early eighties, when I was serving in the Peace Corps in West Africa, a copy of “A Bend in the River,” published just a few years earlier, passed hand to hand among the volunteers. The novel was set in an unnamed African country—this vagueness seemed to free Naipaul’s imagination from the tyranny of current events—but it was clearly the Zaire of President Mobutu Sese Seko. Mobutu was a kleptocratic dictator whose governing ideology was “authenticity,” which turned the longing for precolonial sources of identity into a brutal cult of personality.

During the seventies, “authenticity” won Mobutu a following among African and Western intellectuals who wanted to believe that de-Christianizing names and wearing leopard-skin hats could liberate independent Africa from its own damaging history. “When We Were Kings,” a documentary film about the 1974 Muhammad Ali and George Foreman fight, in Kinshasa, known as the “Rumble in the Jungle,” features Norman Mailer and George Plimpton spouting astonishing nonsense about the exotic and primitive Africa that they found in Mobutu’s Zaire. Togo, where I lived, had its own “authenticity,” copied from Zaire by a Mobutu wannabe named Gnassingbé (formerly Étienne) Eyadéma—a ripoff of a fraud. I spent almost two years in a disorienting and stifling atmosphere of lies, of “traditional” songs invented by government flunkies to glorify the leader and indoctrinate the villagers who were forced to chant and dance to them.

Reading “A Bend in the River” felt like a piece of incredible luck. Here was a world just like the one I found myself in, portrayed in the sharpest, most penetrating language imaginable, free of piety or wishfulness. The sentences ran through me with a physical sensation that felt like truth, which is exhilarating even when it terrifies.

The narrator, Salim, from a family of Indian traders on Africa’s east coast, travels to the interior of the continent to take over a shop in a town on a great river. “The names of all the main streets had been changed. Rough boards carried the new, roughly lettered names. No one used the new names, because no one particularly cared about them. The wish had only been to get rid of the old, to wipe out the memory of the intruder. It was unnerving, the depth of that African rage, the wish to destroy, regardless of the consequences.” In the town, Salim tries to build a new life. He meets Asians, Africans, and Europeans—all of them uprooted, searching for identity and meaning in this tense outpost of the modern world, filled with impending violence.

In one scene, Salim is invited to an elegant party, hosted by Europeans, where he feels outclassed and alien. Someone puts on a Joan Baez record, and her voice floods the narrator with emotion: “I felt the deepest part of myself awakening, the part that knew loss, homesickness, grief, and longed for love. And in that voice was the promise of a flowering for everyone who listened.” Then, as the singing continues, the narrator’s mood shifts: “It was make-believe—I never doubted that. You couldn’t listen to sweet songs about injustice unless you expected justice and received it much of the time. You couldn’t sing songs about the end of the world unless—like the other people in that room, so beautiful with such simple things: African mats on the floor and African hangings on the wall and spears and masks—you felt that the world was going on and you were safe in it.”

That note of scorn touched with humiliation and yearning—it was Naipaul’s essential chord.

He was born in Trinidad, the grandson of indentured field hands from India. He won a scholarship to Oxford and forged his profession in the bleak London of the fifties, where no one knew what to make of a brown-skinned novelist who wrote satirically about his homeland. He had the rage of a perpetual outsider who couldn’t afford make-believe, who felt anything but safe in the world. He was famous, and infamous, for being cruel, both in his books and, as depicted in Patrick French’s excellent biography, “The World Is What It Is,” in his private life. He tormented his long-suffering wife, Pat, brutalized his Anglo-Argentine mistress, sucked up to British high society, supported the nasty politics of Hindu nationalism, and freely, even gleefully, expressed a raft of bigoted opinions. He became a hateful figure to the progressive left, and when he won the Nobel Prize in Literature, in 2001, Le Monde Diplomatique compared it to Henry Kissinger winning the Nobel Peace Prize.

It’s hard for me to feel much of anything for Naipaul personally, now that he’s gone. But the rage that made his character monstrous purified his prose and clarified his vision, enabling him to see what a generation of other writers, safe in the centers of power, missed. In his novels and journalism, he dissected both the destructive attempts of post-colonial societies to remake themselves and the privileged Westerners who encouraged their fantasies. In this sense he was the writer in English of the second half of the twentieth century—the chronicler of upheaval and dispossession and migration. At the center of his writing there is no clear political ideology but individual human beings, such as the narrator of “A Bend in the River.” Naipaul was too close to his trapped and blighted characters for the comfort of sentimentality. His work is dark, but illuminated with the sudden flashes of empathy that give it greatness.