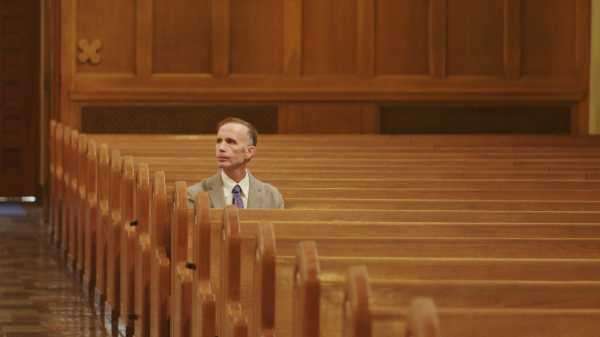 Many current filmmakers have been expanding the art of documentaries, but none quite so boldly or originally as Robert Greene. His films, which include “Kate Plays Christine” and “Bisbee ’17,” embody a philosophy of nonfiction that reaches into the very grammar of the genre. His new film, “Procession,” which comes to Netflix on Friday, follows in that path, showing his participants developing the movie’s stories, which he then presents in the form of fictions that he directs. But “Procession” also takes this concept to more urgent extremes, because the film’s main participants are six men who, as children, were sexually assaulted by Catholic priests. In 2018, Greene, as the film relates, saw a television news report about them and their attorney, Rebecca Randles, as they came forward publicly to state their charges against the priests who’d abused them and to publicize the Church’s stonewalling of investigations. He contacted Randles and laid the groundwork for making a film—not “about” these men but with them. What this collaboration means, both in practice and emotionally, for them and for Greene—and for the art and the ethics of filmmaking itself—is the subject of “Procession.”

In effect, Greene questions the very nature of cinematic authorship. The credits of the film declare that it was made primarily by the six men: Joe Eldred, Mike Foreman, Ed Gavagan, Dan Laurine, Michael Sandridge, and Tom Viviano. Greene brings them and Randles together with Monica Phinney, a drama therapist, and shows the group working together, and teaming up in smaller units, to discuss and set the parameters for the scripted projects, which the men will write and Greene will direct. The scripts that the men produce reveal a wide range of approaches to their experiences of abuse. Sandridge crafts a story set in a church, in which he depicts a priest with evil green laser eyes and portrays his childhood self as a heroic bearer of witness. Gavagan—who dreams of telling a story like those of “Marvel superheroes vanquishing the fucking forces of darkness”—writes a horrific dramatization of his physical abuse, in the priest’s vestry. (There is nothing sexually explicit in the action.) Foreman’s two-part script first depicts the aftermath of his abuse, when his mother, unaware of what happened, bakes a cake for the predatory priest and drops a terrified but silent young Mike off at the priest’s house to deliver it; then, it reënacts (with an element of wish-fulfilling fantasy) his meeting with the Church’s “independent review board” that, in 2013, hid behind the statute of limitations to dismiss his claims.