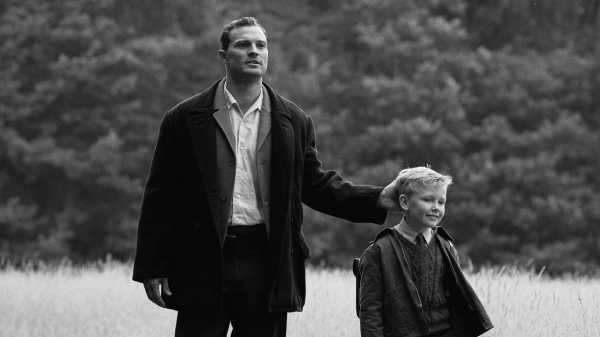 The title of Kenneth Branagh’s new movie, “Belfast,” is something of a giveaway. That is the city where he was born, toward the end of 1960; where the whole of the film unfolds, beginning in the summer of 1969; and where the youthful hero, a kid named Buddy (Jude Hill), feels completely at home. Indeed, he knows nowhere else. As a bright lad, he can imagine other places, and we hear the opening strains of “Star Trek” on his TV. For the most part, though, the end of the street, the church, and the school mark Buddy’s final frontier.

That street is presented, in an early sequence, as a paradise—almost a parody—of civic togetherness. Children lark about, adults chatter like crows, and the cry of “Buddy, your ma’s calling you home to tea” is passed along, from one merry citizen to the next, until it reaches the boy’s ears. I half expected the entire neighborhood to explode into song, in a rerun of “Consider Yourself” from “Oliver!” (1968). Instead, we get a different kind of outburst: a sudden volley of violence, boosted by furious chants and the hurling of stones. (The chaos is frantically filmed from multiple angles—more, perhaps, than you would believe possible, or wise.) Everyone ducks for cover, lids of trash cans are deployed as shields, and Buddy’s mother (Caitríona Balfe) has to rush through the hullabaloo to rescue her son. If paradise can be so rudely interrupted, how long till it’s lost?