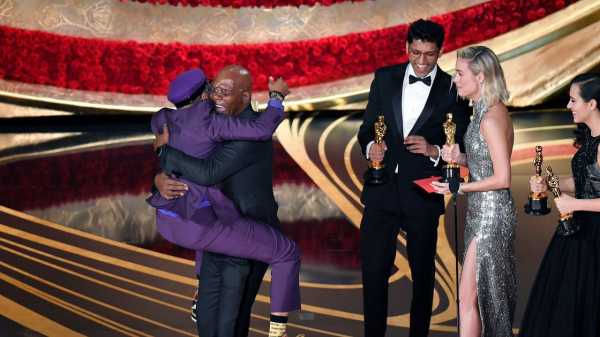 This year’s Oscars were the “Jurassic Park” edition: Hollywood’s dinosaurs have come back full force from their welcome obsolescence and laid waste to their own playground. In 1990, “Driving Miss Daisy,” a film of benighted attitudes toward racial comity, won Best Picture—beating out “Do the Right Thing” even before entering the auditorium, because Spike Lee’s film wasn’t nominated. This year, Lee had a film nominated—“BlacKkKlansman”—and it was beaten out for Best Picture by “Green Book,” a movie that’s at least as backward as “Driving Miss Daisy” regarding the culture and politics of the Jim Crow era, twenty-nine years later.

Something seemed off about these Oscars from the very start, and it wasn’t the lack of a host. (Tina Fey, Amy Poehler, and Maya Rudolph did a lively shtick at the start to suggest what they would have been doing had they hosted, and Rudolph pointedly joked that “there is no host tonight, there won’t be a popular-movie category, and Mexico is not paying for the wall.”) The first award that was presented, for documentary feature, went to “Free Solo,” a movie about a rock climber that’s merely pleasant docu-tainment, the only one of the five nominees with no political substance whatsoever. Its win heralded an evening of bad news. But the mood soon shifted, with a selection of winners in many other categories that was both diverse and artistically alert. Early in the ceremony, Ruth E. Carter won, for Costume Design, as did Hannah Beachler and Jay Hart, for Production Design, both on “Black Panther”; it was the first time that black women have won in those categories.

Eventually, it became clear that this was the consolation-prize edition of the Oscars, with the diverse set of winners suggesting that the Academy welcomes the diversity of the industry, but without changing its ethos, its self-image, or its world view in any meaningful way.

Regina King won, for supporting actress, for “If Beale Street Could Talk,” but that film was otherwise neglected. (It wasn’t nominated for Best Picture.) Mahershala Ali’s win for supporting actor, for his role in “Green Book,” was one of the uneasiest moments of the night. His grand and refined performance as Dr. Donald Shirley is doubtless one of the prime reasons for the film’s success, but he also reportedly apologized to Shirley’s brother and nephew for not consulting with them about the role. Ali’s a great actor—he gives the role far more substance than is in the script—and it’s painful to imagine that his justified pride in his work is tinged with doubt and regret.

“BlacKkKlansman” won for Adapted Screenplay, but the triumph of “Green Book”—a repellently obtuse film of a white savior whose triumphant overcoming of his own racism lends its actual main character, a black musician, his cultural authenticity—for Original Screenplay suggested either a crisis of indecision or an irreconcilable division within the Academy. The multiple triumphs of “Roma” (for Foreign-Language Film, and for Alfonso Cuarón, for Cinematography and Directing) confirmed that, despite Cuarón’s sincere and devoted intentions, it’s a wan palliative that accords with Hollywood’s habit of stereotyping the working class as silent and steadfast. Which is to say that the Academy bestowing a batch of major awards to “Roma” and to “Green Book” is rather more consistent than contradictory.

The ceremony did quite well without a host, replacing the single m.c. with a varied and surprising batch of presenters, including (among many others) Brian Tyree Henry and Melissa McCarthy (whose extravagant outfit and puppet show was one of the comedic highlights of the ceremony); Queen Latifah; Angela Bassett; Javier Bardem (who spoke in Spanish to endorse the power of art to defy borders); Keegan-Michael Key, who descended on wires, Mary Poppins style, with an open umbrella (which I thought, superstitiously yet rightly, would bring bad luck); Trevor Noah, whose references to “Black Panther” were capped with a joke about Mel Gibson’s racist remarks; Michelle Yeoh; and KiKi Layne.

Hostless, the ceremony was a mere three hours and eighteen minutes, the same length as it was in 1994, when Glenn Close handed Deborah Kerr, who’d been nominated for best actress six times but never won, an honorary Oscar. This time, Close, who had six prior nominations (three for best actress, three for supporting actress), lost a seventh time, to widespread surprise, when Olivia Colman won the category. (Also, honorary Oscars are no longer given at the ceremony, thus depriving viewers of the chance and the honor to hear from Cicely Tyson, who was seated silently in a box seat.)

Barbra Streisand, introducing “BlacKkKlansman,” got a rise out of Spike Lee by citing their common Brooklyn roots. Samuel L. Jackson got a lesser rise out of Lee with a mention of the unexpected victory of the woeful New York Knicks. Lee, winning for the screenplay of “BlacKkKlansman,” which he co-wrote with David Rabinowitz, Charlie Wachtel, and Kevin Willmott, made the sharpest political remarks of the night, looking ahead to the 2020 election and the “moral choice of love versus hate,” exhorting viewers to, yes, “do the right thing.”

The forthright political remarks from the various presenters had a strange counterpart in remarks from the most notable presenter of all, Representative John Lewis, who, along with Amandla Sternberg, introduced “Green Book” enthusiastically. Though they were doubtlessly sincere, their remarks had the appearance of a careful calculation on the Academy’s part, as if Lewis’s benediction were a cover for awarding a regressive film.

Over all, the evening’s results were a reverberant declaration, by the entrenched Hollywood powers that be, that this is still their house, even if many are now welcome. The admirable efforts, in recent years, to diversify the Academy—no less than efforts to diversify the movie industry at large—have proved inadequate, tentative, even, perhaps counterproductive. The reactionary backlash was seen on worldwide TV last night. If the Academy is going to keep in step with the times—and with the extraordinary movies that are being made, outside of the studios, by independent producers whose work has encroached upon the Oscars, the palace of studio self-celebration—more drastic measures are necessary. 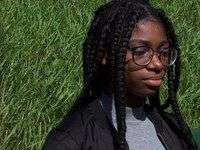 What to Stream This Weekend: “Young Solitude,” a Far-Reaching View of High-Schoolers in Suburban Paris 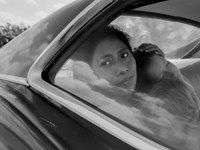 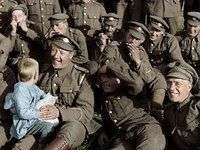 “They Shall Not Grow Old,” Reviewed: The Indelible Voices in Peter Jackson’s First World War Documentary 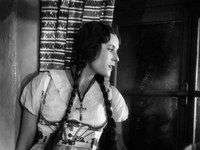 What to Stream This Weekend: “The Bartered Bride,” A Brilliant, Rarely Seen Max Ophüls Opera-Based Musical 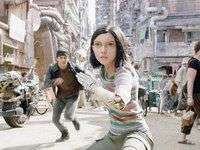 “Alita: Battle Angel,” Reviewed: A Robert Rodriguez and James Cameron Robot Film with Too Much “Titanic” in Its DNA 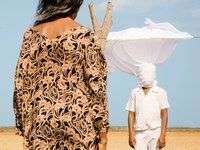 Review: “Birds of Passage,” the Tragic Story of an Indigenous Colombian Family’s Involvement in the Drug War