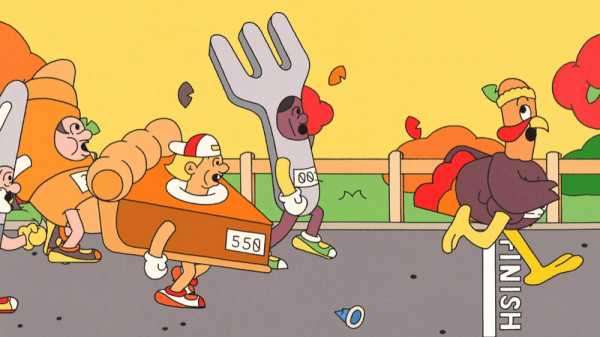 When the state senator Terrence Murphy established a turkey trot, in 2017, in his home district, which spans New York’s Dutchess, Westchester, and Putnam counties, he was trying to raise money for local food banks, not attract the nation’s—or even the area’s—best runners. The ubiquitous Thanksgiving Day races are known not for the athletic prowess of the competitors but for the ridiculous costumes: turkeys, pilgrims, and pumpkin pies. Some runners dress as chefs, wield gigantic costume silverware, and spend the entire race chasing turkeys. Turkey trots are meant to be fun. Often there are bagels.

Instead of preëminent athletes, the former senator got my family. Since 2017, my mom, my little brother, and I have competed three times in Murphy’s Annual Hudson Valley Turkey Trot, in Yorktown Heights, missing only last year’s virtual race. My dad and middle brother stay home, siding with the many Americans who are horrified at the idea of running on a day that celebrates prodigal stuffing consumption and back-to-back-to-back football. “Imagine meeting your soulmate,” a popular meme goes, “and then finding out their family runs 5Ks on holidays.”