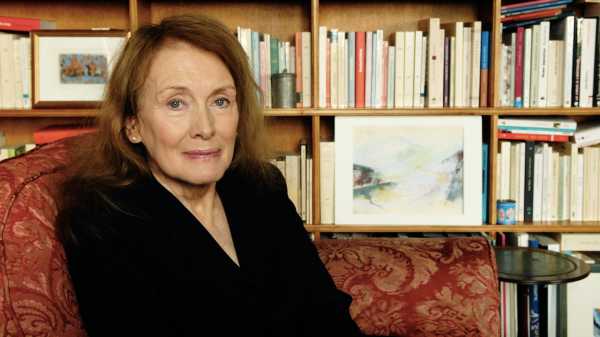 The news of a new Nobel Prize in Literature tends to divide amateur readers into two camps: those who have never heard of the author and those who have, vaguely. There are, of course, more familiar names that sometimes arise from the oracular mists of the Swedish Academy, particularly over the past few decades, when, though tainted by scandal, the Nobel Committee became, off and on, more, uh, hip—both Bob Dylan and Kazuo Ishiguro come to mind. But these are exceptions. For the most part, we look up in October, say “Abdulrazak who?,” and make a vow to find a book by the author and read it.

Sometimes, to be sure, the prize introduces someone worthy but a bit dull—or else, reading the work promptly explains the obscurity in which the writer had previously been plunged. But, once in a while, the author rises from regional importance to become a world figure: Wisława Szymborska, the laureate in 1996, was this kind of writer, passing from Polish specificity to not merely enduring but endearing importance, not just an “impressive” poetic figure in English but a beloved one, the source of countless wedding toasts and epigraphs.

Annie Ernaux, the newly minted French winner of the prize is, a gambling-minded reader would suggest, likely to register as the second kind, on her way to becoming a permanent writer to those who read for the love of it, not the game of it. Certainly, she’s more the second kind than other recent French laureates, who are more easily appreciated as an obligation than a pleasure: the honorable J. M. G. Le Clézio, a man of impeccable globalism whose work can nonetheless sound like the narration to a UNESCO documentary, or the very French Patrick Modiano, whose admirable novels of the Occupation are both retrospective and formally conventional.

Ernaux’s is a voice. So, though it would have been good and well deserved for Salman Rushdie to win the prize this year, Ernaux’s work, which I first began to respond to in Paris in the mid-nineties, is, that best test of merit, haunting—once read not easily forgotten, capturing something important to its time not only in its overt or implicit political concerns but, more importantly, in the shape of its sentences and the murmur of its incantations.

Just last month, with no thoughts of Stockholm abiding in my head, I had mentioned Ernaux, in a piece about Georges Simenon, as being part of a peculiarly French tradition of minimalist “exteriority”—sharing with the Belgian crime novelist, though on utterly different grounds, an emphasis on a stripped-down inspection of the mundane surface of French life as a means to penetrate its secrets. When I encountered Ernaux’s writing in France, she seemed arresting in this way, exactly as an urban imagist. She was able to concentrate on fragmentary ordinary scenes—on the Métro, in popular department stores, on commuter trains—that had the persuasive tang of actual experience, outside the abstractions or affectations of more conventionally ambitious French fiction. (And, indeed, Ernaux comes from a working-class family in Normandy, very much outside the usual run of French literary ascension.)

In the years since, she has become famous for pushing the boundaries of memoir, most memorably, or controversially, in an account of her own abortion, published in English as “Happening.” Yet, though her work is engagé, her style is in many ways désengage—she writes of herself, but in a flat, observational, reportorial way that relentlessly inventories the surface of things, even in the midst of the maddest of motives and the cruellest of fates.

She invests in images in a way few other writers have. She trusts them to offer a more reliable encyclopedia of meanings than a conventional registry of feelings could. In “Happening,” she writes:

Above all I shall endeavor to revisit every single image until I feel that I have physically bonded with it, until a few words spring forth, of which I can say, ‘yes, that’s it.’ I shall try to conjure up each of the sentences engraved in my memory which were either so unbearable or so comforting to me at the time that the mere thought of them today engulfs me in a wave of horror or sweetness.

Just like in Simenon, the opening of Ernaux’s memoir achieves a sense of plangent emotion in its very mutedness: “As I got off at Barbès métro station, like last time, men were idly waiting, clustered at the foot of the overhead subway. People were trudging along the sidewalk with pink shopping bags from the discount store Tati. I turned into the Boulevard Magenta and recognized the clothing store Billy with its anoraks hanging outside. A woman was walking toward me—plump legs sheathed in black stockings with a bold pattern. The Rue Amboise-Paré was almost empty until you reached the vicinity of the hospital.” It is, of course, in the “vicinity of the hospital” that the story of a woman’s obstetric fate begins.

This commitment to registering the surface of life, and the subsurface, the exactly-that of each missed period and stained underwear, extends to her remarkable study of the generations of French life since the Second World War, titled, in an echo of Virginia Woolf, “The Years”—a memoir in which a loving, attentive, at times sardonic detail of the advertisements and false hopes and sheer thingness of time passing is offered. She reflects, at one point, on the memories and speech patterns of a generation of older people who have passed through poverty and the German Occupation, and made its lessons into a set of words and repeated incantations:

The voices imparted a legacy of poverty and deprivation that long pre-dated the war and the restrictions. They plunged us into a timeless night, “a bygone era,” and rhymed off its pleasures and difficulties, customs and practical wisdom:—living in a house with a dirt floor —wearing galoshes —playing with a rag doll —washing clothes in wood ash —sewing a little pouch of garlic inside children’s nightshirts near the navel to rid them of worms…. Drew up an inventory of ignorances, yesterday’s unknowns and nevers: —red meat, oranges —social security, the family allowance, and retirement at sixty-five —vacations.

When one first noticed Ernaux, she seemed oddly congruent with the much younger and more talked-about Michel Houellebecq. Though the younger novelist wrote in a hysterical and fantastical register, and she in a subdued and specific one, the desire to make an inventory of the non-literary or anti-literary parts of French life, the bits left out of “culture” or “civilization” or the Académie Française, was an ambition held in common. (Though people evoke Houellebecq for his politics, no good reader will forget Houellebecq’s rapt soliloquy on Pif Gadget, a French kids’ magazine popular in the sixties and seventies.)

Yet Ernaux also works out of a clearly articulated politics, what in France are called “gauchiste” politics, meaning far left, but a far left touched less by Marxist dogma than by a kind of perpetual humanistic protest—of the sort begun by Alfred Nobel’s French literary hero, Victor Hugo—against the sheer relentless suffering of simple people in modern times. “Family narrative and social narrative are one and the same,” Ernaux has written, and the politics of her work are in some ways in line with those of the French sociologist Pierre Bourdieu, sharing his conviction that the fields of social life relentlessly dictate an order of power, even in—especially in—its “ordinary” details. Out of the chiselling of images, Ernaux hopes to make a disabused map of French reality and of French power, and her work is, indeed, in that sense, a kind of sociology itself.

Yet for all the French specificity of her politics, she is, in tone and as an artist—to draw a comparison that might be useful to American readers—very much like our own, late Joan Didion, who also managed, albeit in settings more obviously glamorous, this marriage of hot material and a cool delivery of a distinctly feminist kind. Family death and abortion and pain, all registered not numbly but nimbly, incised on the surface in order to open the depths beneath without special pleading or self-pity. Didion’s politics were liberal but of a patrician cast, whereas Ernaux’s are those of the French post-communist left. (Jean-Luc Mélenchon, the leader of the far left in France, was particularly loud in praise of her Nobel.) But both believe in witness through detail, and weight achieved through exactitude—and some will think it unjust that Didion never won a Nobel. Both as well share a strong feminism the core belief of which is, as Ernaux writes, that “glory for a woman can only be the dazzling mourning of happiness.”

Yet perhaps the most significant aspect of Ernaux’s sudden elevation is this: she is, it seems—if one excepts the poets, who certainly make much of their own lives but make it poetry by enwrapping it in some refined linguistic order—the very first Nobel laureate who is primarily a memoirist in our contemporary sense, meaning someone who writes of life directly, as we experience it. Her ascension marks a recognition that memoir, in all its many faces and poses—direct, self-critical, rueful and comic, engagé and not—is perhaps the leading genre of our time, as much as the novel was for the first half of the twentieth century. We feel a need for verifiable, or at least credible, personal history in a time when so much else seems constructed and untrustworthy—we like at least the sense of first-hand experience in all of our other entertainments, from Twitter to TikTok. Owing to a preoccupation with facticity and the coolly registered detail that Ernaux and Didion share, and to the strange way that fact has of building itself, brick by brick, into a composite field of shared fictions, memoir may be the most abiding literature of our time, on both sides of the pond. ♦ 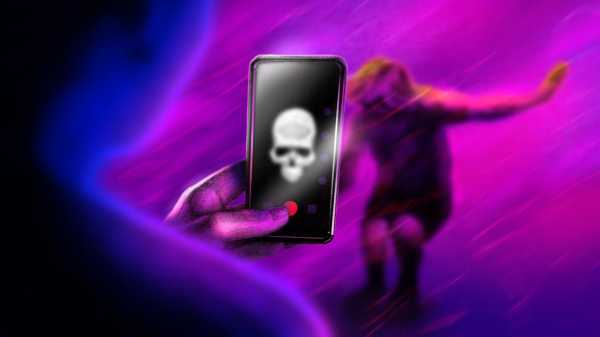 The Despair of Generation “Notti Bop” 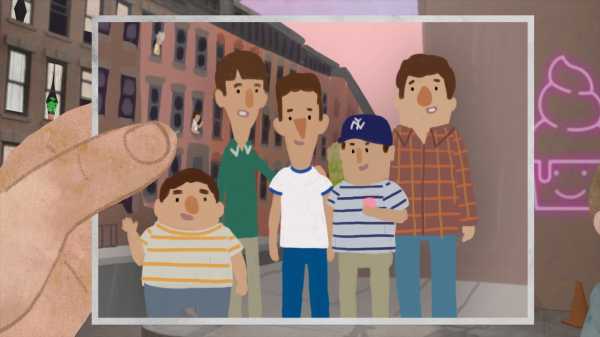 Neighborhood Nostalgia Comes to Life in “The Originals” 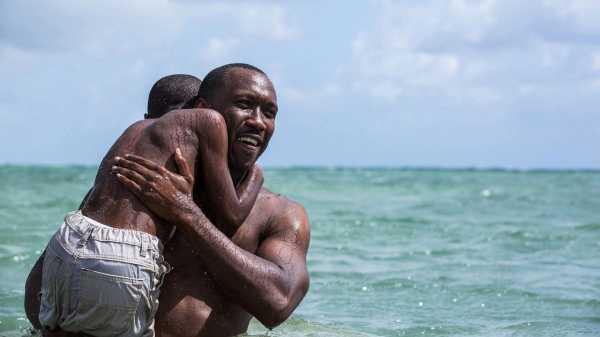