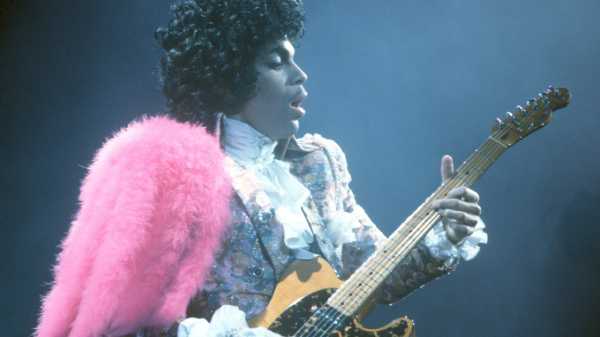 On Thursday, Warner Bros. and the Prince estate doled out a tiny gift—presumably to help ease the ache of April 21st, the upcoming anniversary of Prince’s death. Finally, the public was granted access to wildly longed-for audio of Prince singing “Nothing Compares 2 U,” a track he originally wrote for the Family, a jazz-funk band he assembled in the nineteen-eighties, but that was later made famous, in 1990, by the Irish singer Sinéad O’Connor.

Nobody knows for sure why Prince never released the song himself. His creative decisions were often deeply inscrutable—it’s as if he were dutifully following the lines on a map that the rest of us couldn’t see. Susan Rogers, Prince’s longtime engineer, recently told the Guardian that he believed the lyrics were too tender and domestic—that its narrative of longing and loss would seem inconsonant with his more sensational life style. (She also admitted that he wrote it in less than an hour: “The song came out like a sneeze.”)

I’ve written about “Nothing Compares 2 U” before—it’s a devastating song about managing grief when grief feels boundless. The song concerns itself with all the strange and wretched miseries a person endures when the only thing he wants is no longer available to him; from that place, the notion of consolation is laughable. Prince’s version of the song is more romantic than O’Connor’s (there is an extended saxophone solo in his), and his voice is seductive, as if he’s slyly coaxing his lover back into his life. O’Connor sounds like she’s just collapsed to her knees—whatever break she’s experienced, there’s no hope of mending it. My favorite part of the song is its opening, which nails the excruciating slowness of heartbreak, the way we tend to quantify each big, bottomless moment: “It's been seven hours and fifteen days / Since you took your love away.” I find both versions extraordinary.

The estate also released a video to accompany the audio track—it’s mostly rehearsal footage of Prince, dancing like a maniac, in high heels. I would not recommend watching it unless you want to immediately relive the bleak, sinking feeling of two years ago, when we all had to reckon with the idea that we’d lost an artist who was truly inimitable—an otherworldly and singular presence.

Prince had not prepared a will before he died. His sister and five half siblings were named his default heirs, and they’ve since been charged with bringing order to an estate that was left in heavy disarray. Perhaps the most urgent puzzle is the fate of his vault, which is said to contain thousands of unreleased recordings and other material. In 1992, Warner Bros. offered Prince an elaborate six-record deal worth a hundred million dollars—then the largest recording and publishing contract in history. Yet by 1996 Prince had changed his name to a symbol, scrawled the word “Slave” on his cheek, and began publicly condemning the music industry. His seething distrust of Warner Bros. made the contents of his vault—a private archive, secure from corporate meddling—more tantalizing. “I didn’t always give the record companies the best song,” he admitted in an interview with Rolling Stone, in 2014.

In November of 2017, three of Prince’s inheritors—Sharon, Norrine, and John Nelson—petitioned to have Comerica Bank, the company most recently appointed to handle his posthumous assets, dismissed for mismanagement. Among other complaints, they disagreed with Comerica’s decision to move approximately ninety per cent of the vault’s contents from Paisley Park to Iron Mountain, a secure, climate-controlled storage facility in Los Angeles. In court documents, Comerica cited “several indications of damage and degradation due to poor humidity and temperature controls” and “evidence of water intrusion on the walls and ceiling” as the impetus for the move. Cardboard boxes were “adhered to shelves and had to be peeled off.” Brian Wolfe, a manager for the bank’s estate-administration branch, said the vault’s contents “were not arranged by chronology or in any other discernible order, nor was there any catalog system to account for all the assets.” Nobody seems to know for sure exactly what was inside the vault, the condition that material is in, or who owns it now.

That the first release to eke out of the vault is “Nothing Compares 2 U” is certainly a thrill, but, given that it’s a known quantity—everyone is aware it exists; people have been dying to hear it for years—I can’t help but wonder if it’s a sign that there’s not, in fact, vast reserves of excellent and unreleased material cooling off in Iron Mountain. Why not start out by releasing something new? But, let’s save that worry for another time: it’s the weekend. Strap your highest heels on, and get to dancing along.