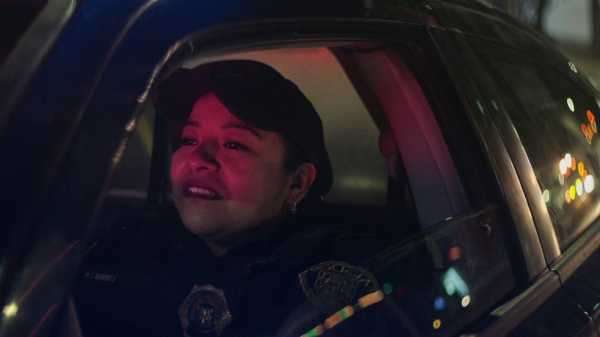 Genre in general is a marketing tool, but the label “nonfiction” is a matter of ethics. In the new film “A Cop Movie” (coming Friday to Netflix), the director Alonso Ruizpalacios plays fast and loose with the idea and the practice of nonfiction, but his methods nonetheless do justice to both. The film is a hybrid of documentary and dramatic reënactment, though even saying as much up front is nearly a spoiler, because the movie tips its hand only subtly and winkingly before putting its cards on the table. Ruizpalacios’s unusual, cagey, elusive cinematic gamesmanship does more than present a fascinating and significant array of events; his elaborate form provides access—albeit obliquely—to events that would likely escape straightforward reporting, and to deep-rooted social conditions that would otherwise be hard to depict.

A female police officer named Teresa is keeping watch over the streets of Mexico City by night, alone, at the wheel of her patrol car. The dispatchers on the police radio deliver updates in code and also describe developing situations—a street fight, a truck accident—and send Teresa to an unspecified emergency that turns out to be a woman in labor. She is on the verge of giving birth, with no ambulance in sight or, for that matter, available. Teresa, who discusses her police work both on camera and in voice-over, relates the story—she’d had no training in delivering a child—while Ruizpalacios shows the baby emerging, Teresa handing the newborn to the exhausted and ecstatic mother, figuring out how to cut the umbilical cord, and awaiting the placenta. The paramedics show up long after the baby was born (and, she says, only wanted to take the placenta, because female doctors use it as a beauty aid); the grateful new parents decide to name the newborn after Teresa.

Pokémon and the First Wave of Digital Nostalgia

The Most Popular Shouts of 2021