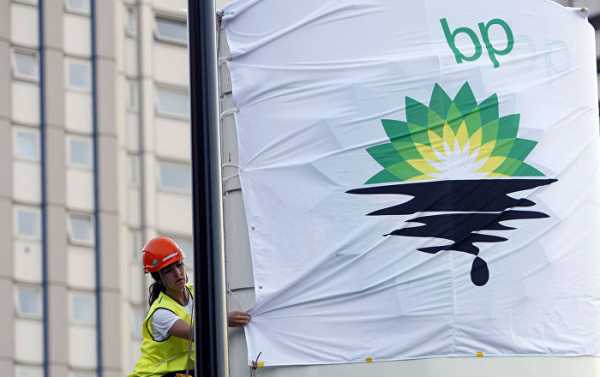 Bernard Looney, who was born in Ireland, has taken over as chief executive from Bob Dudley. Last week BP shut down its head office in London after climate change protesters tried to block the entrance.

BP’s new chief executive, Brian Looney, has promised to “reinvent” the company and steeply reduce its carbon emissions by 2050.

The world’s top oil and gas companies have come under pressure from investors, climate activists and governments to meet targets within the 2015 Paris climate accord which aims to limit global warming to below 2 degrees Celsius.

He said he wanted BP to become a “force for good in the world.”

​But his fine words fell short of the demands of climate change activists.

BP’s targets were more ambitious than Royal Dutch Shell or Total but compared badly to those of Spanish oil firm Repsol.

Last week BP shut its London head office for a day after more than 100 Greenpeace activists attempted to put up 500 solar panels in front of BP’s headquarters in St James’ Square and rolled oil barrels in front of the building’s main entrance.

Mr Looney mentioned the demonstration during his speech on Wednesday and said it was “uncomfortable” for BP to be “out of step” with public opinion.

He said climate change was also a “business opportunity” and added: “Trillions of dollars around the world will be invested in replumbing the global energy industry.”

Greenpeace activists sit chained into oil barrels as they protest outside the headquarters of oil giant BP in London on February 5, 2020, on the day that the company’s new CEO, Bernard Looney was set to take up his role

US oil giants Exxon, Chevron and ConocoPhillips – aware that President Donald Trump is sceptical about climate change and business-friendly approach to the American economy – have set far less ambitious targets than their European rivals.

BP has tried to wean itself off oil and gas before and failed – almost 20 years ago it launched a Beyond Petroleum plan which included ambitious proposals for a new renewables business but it failed with huge losses.

​Mr Looney said BP would dismantle the traditional model of an upstream oil and gas production unit and a downstream refining and trading unit.

The business will be reorganised into four units: Production and Operations, Customers and Products, Gas and Low Carbon Energy, and Innovation & Engineering.

Rachel Kennerley, climate campaigner at Friends of The Earth, said Mr Looney’s announcement was an “inadequate” and “cynical” response to climate breakdown.