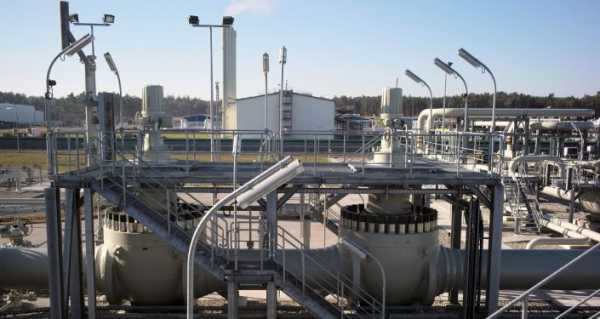 Nord Stream 2, a 745-mile-long pipeline, is set to bring Russian gas to Germany under the Baltic Sea. The US and other opponents of the project believe that it will endow Russian with geostrategic power over Europe. However, Moscow maintains that the pipeline is a purely economic project.

US Secretary of State Antony Blinken said on Tuesday that Washington would insist on “real steps, concrete actions” while working with Germany to try to alleviate the impact of the Nord Stream 2 pipeline, the first part of which was completed last week.

According to Blinken, Germany, which has long insisted that it want to see the $11-billion pipeline completed, “has come to the table” and the US was “actively engaged with them.”

The secratary of state believes that the project’s physical completion doesn’t mean it’s operational, claiming that the US was “still working on that.”

“We also of course have opportunities going forward to deal with those who would provide insurance or rather permits for the pipeline to actually become operational. We continue to believe it’s a bad idea,” Blinken added.

It’s All About Economic Gain

On Friday, Russian President Vladimir Putin said that the first leg of Nord Stream 2 has been successfully completed, despite pressure from American partners who want to kill the project.

Moscow believes Washington’s opposition to the pipeline comes from an anti-competitive stance which it rationalises with an apparent desire to safeguard Europe from Russia’s growing influence and energy politics that could potentially hurt Ukraine.

Blinken said on Tuesday that the US intended to “compensate” Ukraine for possible losses of natural gas transit revenues, as the pipeline will effectively bypass the country, while ensuring that Russian would not “use gas as a tool of coercion.”

U.S. Secretary of State Antony Blinken meets with Swedish Foreign Minister Ann Linde (not pictured) at the Harpa Concert Hall, on the sidelines of the Arctic Council Ministerial summit, in Reykjavik, Iceland, May 19, 2021

In May, the United States blacklisted 13 Russian ships involved in the construction of the Nord Stream 2 gas pipeline and three Russian companies linked to the project. However, it decided to waive sanctions against Nord Stream 2 AG, the Switzerland-registered firm behind the pipeline’s construction, and its CEO Matthias Warnig, despite the State Department previously concluding that their activities were punishable.

Blinken previously said that it was in the US’ national interest not to sanction the firm.

Washington’s previous round of sanctions have prompted Swiss pipelay company Allseas to withdraw from the project causing a delay in pipe-laying work, which Russian ship ‘Fortuna’ resumed almost a year later in waters off Denmark. It was joined by another Russian pipe-laying vessel – ‘Akademik Cherskiy.’

Nord Stream 2 AG spokesperson said in late May that ‘Fortuna’ had moved into German waters.