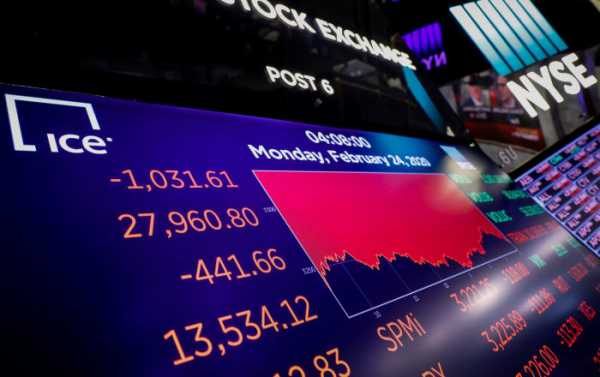 Most major global economies have already been affected by the outbreak, which has forced many workers to stay in their homes and almost entirely dried up the restaurant and hospitality industries.

The US economy is facing the prospect of sustaining a heavier blow from the COVID-19 coronavirus outbreak than it suffered from the financial crisis between 2008 and 2009, according to the estimates of economists and available economic data.

American businesses have already started feeling the pressure from the new reality caused by the measures to prevent the virus’ spread. Since most people, both inside the US and abroad, have been forced to stay in their homes and avoid travel, hotels, restaurants, sports arenas, cinemas, leisure companies, and many others have witnessed a major drop in footfall. Some major US factories, such as those belonging to the automotive Big Three – General Motors, Ford, and Fiat Chrysler – announced that they would be closing in the near future to prevent the spread of the virus.

Estimations of the impact that these changes will have on the American economy differ. Economists at Goldman Sachs have given one of the grimmest forecasts, suggesting that a 24% drop in GDP can be expected in the second quarter of 2020, which is a drop three times bigger than any quarterly fall that the US economy experienced during the 2008-2009 financial crisis. At the same time, Goldman Sachs suggests that the dive would be followed by two quarters of 10% to 12% growth, meaning that the economy’s recovery will also be several times quicker than after the last crisis.

JPMorgan chief economist Bruce Kasman gave a milder forecast, suggesting that the US economy’s fall will be limited to around 14%, which is still higher than the fourth quarter of 2008 – the worst three months of the financial crisis in the US. The economist, however, is also hopeful that there will be a major rebound in the second half of 2020.

The speed of the US economy’s restoration is tied to the duration of a national lockdown, suggested Dean Baker, a senior economist at the Centre for Economic and Policy Research in an interview with The Washington Post.

The change in clients’ behaviour due to the coronavirus does not only endanger businesses – American citizens have also started to feel the impact. The latest statistical and seasonally adjusted data from the Department of Labour shows a major spike in the number of people applying for unemployment benefits, meaning that more and more Americans are facing layoffs as businesses are forced to halt their activities.

Some 281,000 applications have been filed over the last week alone – a sharp rise from the normal level of around 200,000. According to a Washington Post report, many applicants have been facing trouble filing for benefits as the department’s website apparently couldn’t handle the increased workload.

However, even more people could become unemployed in the coming weeks as the coronavirus continues to affect the US economy, Bank of America predicts. According to the financial institution, 720,000 benefits applications could be filed next week, meaning that the US could see an increase of several million more unemployed just a month after reaching the lowest unemployment level in half a century in February.

Not a Bright Future?

The layoffs and added stress on businesses due to local governments introducing more restrictions over the outbreak could hinder the post-crisis recovery of the economy, Janet L. Yellen, a former Federal Reserve chair, said in an interview with The Washington Post.

At the same time, US President Donald Trump is showing much more optimism in regards to the US economy and its post-coronavirus future. He believes that the recovery will be rapid and that the start of this is just around the corner.