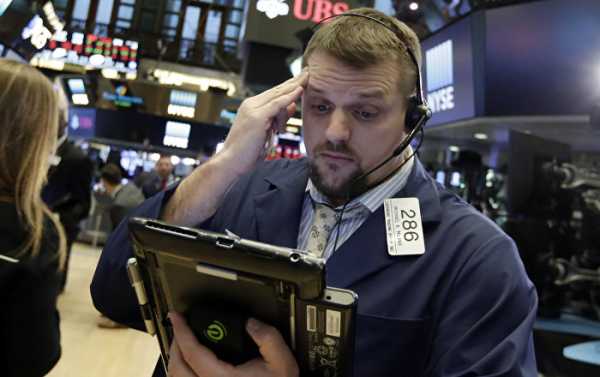 The US economy is gradually gaining momentum amid the gains in consumer and business spending, but several forward-looking projections suggest this expansion cycle might be unsustainable unless the White House deepens its economic reforms.

Kristian Rouz — The American economy has been firing on all cylinders throughout the summer, with solid consumer confidence driving inflation and a buoyant expansion in the GDP growth rate.

However, several alarming reports from the manufacturing and construction sectors have suggested that the reforms undertaken by the Trump administration so far might be insufficient to maintain the economy’s momentum.

According to a new report from the National Association of Realtors (NAR), the US housing sector is gradually slowing down, with housing starts having dropped into negative territory year-on-year for a second consecutive month in July.

“We expected a much bigger rebound in starts after June’s surprise plunge — which was revised down — so this is disappointing,” Ian Shepherdson of Pantheon Macro said.

Meanwhile, the manufacturing index issued by the Federal Reserve Bank of Philadelphia showed a slowdown in US industrial production. The index dropped to its 21-month low, reflecting a decline in new orders and shipments of manufactured goods.

However, the report also found that US manufacturing output rose 2.8 percent year-on-year in July, while orders for core capital goods increased 7.8 percent (annualized) the previous month. The report from the Philadelphia Fed might be pointing to a gradual slowdown in manufacturing up ahead, but so far the broader picture appears to be quite encouraging.

“What manufacturers think and what they do are two different things,” Ryan Sweet of Moody’s Analytics said.

The third alarming report came from the US Department of Labor, suggesting that the steady decline in jobless claims might be gradually wearing out. Early this month, initial jobless claims dropped just 2,000 to 212,000 nationwide. While any amount of claims below 300,000 reflects a robust labor market, some economists say the jobless rate could start growing again.

More importantly, the number of jobless claims is the main proxy for layoffs, and a slower decline could suggest more businesses have terminated employment contracts this month.

But despite the slowdown, the ongoing decline in jobless claims is an optimistic development in and of itself.

“Believe it or not, initial claims appear to be trending gently lower this year from levels that were already the lowest in decades,” Stephen Stanley of Amherst Pierpont Securities said.

Additionally, US consumer confidence dropped to an 11-month low this month. The University of Michigan’s consumer sentiment index fell to its weakest since last September — to 95.3 from 97.9 in July.

Experts found American households are concerned with the rising costs of living, as inflation is gradually gaining momentum, in line with solid GDP growth. In the meantime, the growth in salaries and wages is still meagre, despite workforce shortages and the overall solid labor market.

“Consumers are paying attention and they aren’t happy that prices are rising, particularly on higher ticket items like cars and houses,” Jim Baird of Kalamazoo, Mich.-based Plante Moran Financial Advisors said. “At the margins, that’s likely to drag on spending.”

The majority of economists believe the US economy will retain its momentum this year, and might slightly slow down in 2019 — unless the Trump administration enacts deeper structural and fiscal reforms, which President Donald Trump said is a possibility.

The Congressional Budget Office (CBO) suggested the US economy could expand by 3.1 percent this year.