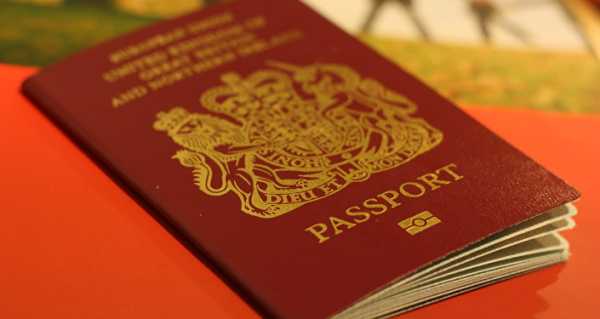 Public opinion in the UK is split as to whether some form of COVID-19 passport should be permitted to be introduced, both for people moving around within the Kingdom as well as for those travelling abroad.

Over 126,000 people in the UK have signed a petition calling on their government not to rollout COVID-19 vaccine passports, less than one month from the date it was initiated on 20 January 2021. Typically, the UK parliament debates every petition which receives more than 100,000 signatures. However, on 13 January 2021, the House of Commons agreed a motion put forward by Tory MP and Leader of the House Jacob Rees Mogg which temporarily suspended sittings in Westminster Hall and sitting on Fridays.

Big Brother Watch: COVID-19 Passports to Move Around the UK is ‘Dangerously Irrational’ and ‘Draconian’

Civil liberties group Big Brother Watch has come out strongly against vaccine passports describing them as an authoritarian and draconian response to the current pandemic.

On 14 February, UK Foreign Minister Dominic Raab, speaking to LBC radio, implied that requiring people to have a COVID-19 passport in order to enter a supermarket “hasn’t been ruled out”.

​Former Tory health minister Stephen Hammond told talkRadio on 15 February that a form of COVID-19 passport will become a fact of life “whether the government regulates it or not”, as places like pubs and restaurants seek to encourage more people into their businesses.

There is evidence that such “market forces” are already having an effect, with the UK’s main financial district reportedly introducing the idea of COVID-19 passports to get employees back into the office starting in March.

​Meanwhile, sociology professor Robert Dingwall, who specialises on the intersection of law, medicine, science and technology and has advised the government on the COVID-19 response, was critical of the idea of needing COVID-19 passports for internal travel.

Whilst some countries may require some form of certificate in order to travel, depending on how “risk averse” their respective governments are, “the idea that you have to have a passport to go around Tesco, I think, is just ludicrous and I very much hope that wiser counsels would prevail”.

Tony Blair: COVID-19 Passports Inside and Outside the UK are “Inevitable”​

Two days earlier, on 13 February, former UK Prime Minister Tony Blair argued on Radio 4’s Week in Westminster programme that the COVID-19 pandemic should be viewed as a “national security issue”, and that if common standards are developed worldwide and done a “vast scale” then states are, “going to need the technology that allows you to do it digitally”.

Silkie Carlo, Big Brother Watch’s director, responded to Blair’s arguments during a separate Radio 4 programme saying that he had “very little moral authority to talk on these issues”, especially given his role in pushing the failed biometric ID cards programme that was widely rejected by the British public”.

“Let’s be very cautious of language like ‘inevitability'”, Carlo said, “which is often used by people with power to tell people without power what they’re going to have”.

UK Public Divided on the Matter of COVID-19 Passports

COVID-19 passports have split public opinion, with social media being replete with posts on the subject:

​The number of signatories to the petition increases every minute, and, at the current rate, is calculated to surpass 200,000 supporters by the end of 15 February, alone.