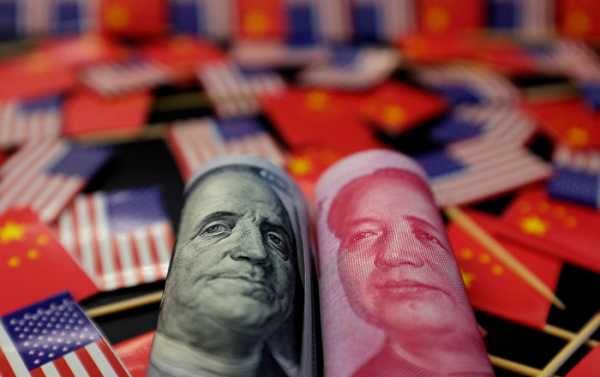 Officials in Beijing are urging mutual concessions in faltering trade talks with the US while warning of a possible sharp slowdown in the global economy if bilateral tensions flare up.

Kristian Rouz – Officials from the Chinese Foreign and Commerce Ministries are urging for de-escalation in trade tensions with the US, saying the ongoing dispute could hurt global economic growth. These statements come just ahead of a highly-anticipated meeting between US President Donald Trump and his Chinese counterpart Xi Jinping.

In a statement on Monday, Chinese Assistant Foreign Minister Zhang Jun said protectionist policies in foreign trade could reduce the world’s potential of economic expansion going forward. Zhang added that the international community has acknowledged the benefits of free and unrestricted trade.

The official repeated Beijing’s rhetoric of the past several months, implying that American tariffs are serving the purpose of protecting US manufacturers and its domestic market from foreign competition. US officials, however, have offered a different explanation for their actions – which include both customs duties and blacklists – emphasising national security concerns.

Zhang said the global economy is facing mounting downside risks, but stopped short of suggesting a new global recession could be around the corner. The official urged international unity and cooperation in the face of rising challenges.

​Trump is expected to meet with Xi on the sidelines of the upcoming G20 summit in Osaka, Japan, with bilateral trade likely dominating the agenda of their talks.

The US President previously said that China tried to backtrack on the preliminary terms of a trade agreement reached earlier this year and that the fallout resulted in the US slapping steep 25-per cent tariffs on some $200 bln of Chinese products.

Trump has since expressed hope that Beijing would agree to settle disagreements and strike a mutually-beneficial trade deal.

Wang urged for mutual respect, equality, and reciprocity as key components of a possible deal.

US officials have previously outlined their concerns that go far beyond America’s staggering trade deficit with China. The US Commerce Department has alleged that China is involved in the forced acquisition of intellectual property, questionable investment practices, and attempted takeovers in sectors related to national security.

Such Chinese activities are presented as purely commercial endeavours, but the Trump administration suspects they have political dimensions as well. China has repeatedly rejected such allegations, and Wang has urged the US to return to ‘business as usual’ – to avoid a possible trade war.

“Equality and mutual benefit mean consultations have to be held on an equal basis, the agreement to be reached has to be beneficial for both sides”, Wang said. “Meeting each other halfway means both sides have to compromise and make concessions, not just one side”.

The annual multilateral G20 summit is scheduled for 28-29 June and is expected to bring more clarity on the near-to-medium-term outlook for global trade. Unless Trump and Xi reach an understanding in trade talks going forward, the US is likely to impose tariffs on another $300 bln worth of China goods.

​Beijing warns that China could retaliate, but the scope of such actions will be lesser – and both sides will likely ramp up efforts to boost trade with other partners in the aftermath.

This could suggest that chances are high for the ongoing realignment of global supply chains gaining momentum in the coming months.

From ‘Climate Emergency’ to ‘4th Industrial Revolution’: What to Expect From 2nd Day of Davos Forum