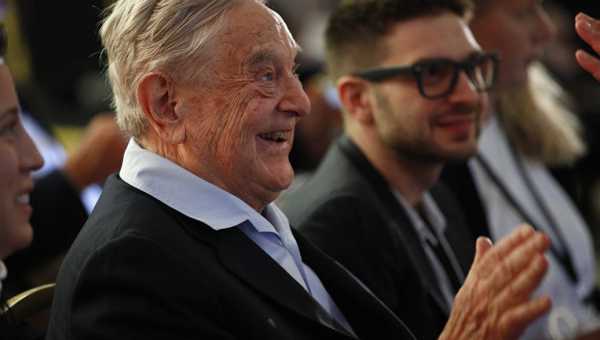 A group of the richest Americans has suggested that “the most financially fortunate” could contribute to addressing numerous challenges, including climate change, economic struggles, creating fair opportunities for all with a wealth tax.

Several tycoons have signed an open letter to Republican and Democratic presidential candidates, urging to back a moderate wealth tax on the fortunes of the richest 1% of Americans. The missive, posted on Medium.com, has garnered the support of financier George Soros, Facebook co-founder Chris Hughes, heir to the filmmaking dynasty Abigail Disney, the co-founders of the investment firm Blue Haven Initiative, Liesel Pritzker Simmons and Ian Simmons, and other wealthy individuals, including an anonymous signer.

The signers note that there is a “moral, ethical and economic responsibility” to tax them more rather than middle-income and lower-income Americans.

Apart from possible bonuses, Soros and company also point at the wealth divide in the US with the top 1% of households having as much wealth as all Americans in the bottom 90%. The missive names six key reasons for implementing the wealth tax, ranging from tackling climate change by investing more in new technologies to calling the proposal patriotic. They named the new duty “a powerful instrument for greater economic growth and success” that could extend prosperity if re-invested in aging infrastructure, childcare, and education. The missive also points to the benefits for major public health challenges like cardiovascular disease and high levels of opioid addiction.

Speaking about the fairer distribution of wealth, the address cites Warren Buffett, saying that “he is taxed at a lower rate than his secretary”.

“This imbalance creates resentment and makes it harder for working-class Americans to achieve social mobility. Taxing extraordinary wealth should be a greater priority than taxing hard work. The most fortunate should contribute more”, the message reads.

The letter also mentions the impact of wealth being concentrated in the upper echelons of society on the stability and integrity of the US, insisting that the wealth tax would lead to the political, social, and economic strengthening and “safeguarding of America’s democratic freedoms”.

It is not the first time the crème de la crème of the US have endorsed the idea of a wealth tax, CBS News notes. Apart from Warren Buffett, mentioned in the letter, who said in 2011 “my friends and I have been coddled long enough by a billionaire-friendly Congress”, Nick Hanauer urged fellow “fellow zillionaires” in 2014 to back the idea, arguing that “if we don’t do something to fix the glaring inequities in this economy, the pitchforks are going to come for us”.