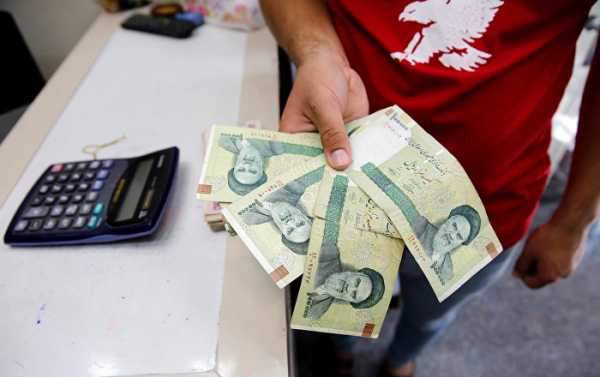 Iran has repeatedly sought to reduce dependence on the US dollar via a package of measures, including increased trade using the euro and other currencies as well as the establishment of a secondary currency market.

Tehran has taken the US dollar off the website sanarate.ir, the Central Bank of Iran (CBI)’s official currency rate reporting platform, replacing it with China’s yuan.

The website is typically used to display the average rates of Iran’s most tradable currencies, including the dollar, the euro and the United Arab Emirates’ dirham. However, no dollar rates have been seen on the website as of Monday.

The Iranian news agency Press TV cited local media as saying that the removal of the dollar from sanarate.ir came after an “unreasonable” situation which saw the prices of the US hard currency exceeding those of the euro on Sunday.

In July, the CBI announced the establishment of a secondary currency market in Iran to allow exporters of non-oil goods to sell their foreign currency earnings to importers of consumer products, part of Tehran’s efforts to reduce its dependence on the US dollar.

CBI chief executive Valiollah Seif said that the secondary currency market would help “minor importers” buy their dollars, and emphasized that the price of the dollar would be set according to market supply and demand.

The rial’s plunge prompted authorities to close numerous currency exchanges amid suspected speculative operations Tehran believed were contributing to the drop and causing turmoil in the exchange rate. As of mid-2018, the rial has lost well over half its value compared to mid-2017’s rate of 37,700 rials per dollar.

Iran’s emerging switch to non-dollar currencies comes as the first phase of US sanctions against Tehran came into effect on August 7.  The US imposed restrictive measures on trade with Tehran involving the Iranian currency, sovereign debt, cars, aircraft, gold and other metals.

Washington plans to add Iranian oil and gas to the sanctions during the second phase, due to be reintroduced in November as part of US President Donald Trump’s move to pull out of the Iran nuclear deal in early May.