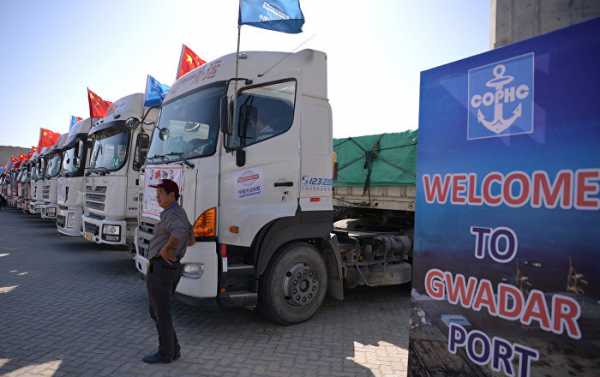 The multi-billion China-Pakistan Economic Corridor (CPEC) project is facing serious problems in Pakistan, ranging from natural disasters to disputed territories, according to an article in The Financial Express.

The China-Pakistan Economic Corridor (CPEC) project in Gwadar port is sitting on a powder keg – it is situated not far from the Makran Trench, a place where two tectonic plates meet. Its strongest earthquake was in 1945, but the one which happened one year ago wasn’t easy either – magnitude 6.3 on the Richter scale.

It is understandable that China is pouring its money into research and CT scans of the region – the port is a focal point in its ”Belt and Road Initiative,” which is aimed to re-open the continental path for Chinese goods to Africa and Europe. The stakes are high and a sudden earthquake or tsunami may disrupt the operations in the port for a long time, possibly undermining the credibility of the route.

The scientific expedition, conducted jointly by Pakistani and Chinese scientists, should improve the countries’ understanding of the structure of subduction zone (lines, along which tectonic plates move), thus helping them to enhance their planning of the port and reduce the potential risks.

Being close to a tectonic rift is not the only problem for the CPEC. Part of the Pakistan route goes through the Kashmir region, which is subject to a dispute between Pakistan and India. This fact, along with reports of alleged Chinese plans to build a naval base in Gwadar, indicates that the project can increase tensions between Pakistan and China on the one hand and India on the other.