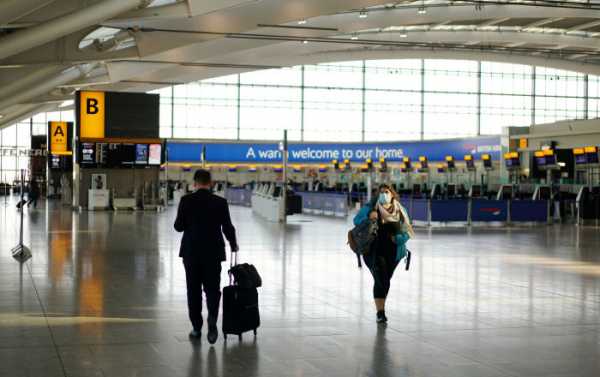 Two major aviation organisations have joined forces to issue a report aimed at restoring business to the ailing travel industry amid the ongoing coronavirus pandemic, which has grounded around 95 percent of aircraft worldwide and brought the industry to a standstill, according to recent reports.

A layered set of measures across the entire passenger journey would minimise risks of transmission of COVID-19 infections at airports and on aircraft, as well as prevent travel hubs from facing additional outbreaks, the statement read.

Such measures should be “globally consistent and subject to continued review, improvement and removal” when needed, it continued.

Both the ACI and IATA are key members of the COVID-19 Aviation Recovery Task Force (CART) led by the Council of the International Civil Aviation Organisation (ICAO).

The report recommends several protocols from departure to arrival, including restricting access to terminal buildings to staff and travellers, with exceptions.

Trained government staff would issue temperature screenings at terminal entry points, and social distancing in the passenger process, including queues, would facilitate the process.

Passengers would be required to use face coverings, with masks for airport personnel according to local regulations.

Self-service options to check in would be encouraged to reduce contact points and queues. Efficient boarding procedures with redesigned gate access would reduce congestion at boarding, with high-traffic areas sanitised according to local rules.

Arrivals would receive further temperature screenings by local authorities, and biometric technologies and mobile apps would facilitate border and customs controls when possible, along with contact tracing and other robust measures.

Airports and airlines had partnered with the ICAO and the aviation sector to address the “biggest challenge ever faced” while halting the spread of COVID-19, ACI World Director General Angela Gittens said in a statement.

She added: “There is currently no single measure that could mitigate all the risks of restarting air travel but we believe a globally-consistent, outcome-based approach represents the most effective way of balancing risk mitigation with the need to unlock economies and to enable travel.”

“Restoring air connectivity is vital to restarting the global economy and reconnecting people. Our layered approach of measures recommended by airports and airlines safeguard public health while offering a practical approach for a gradual restart of operations”, he added.

Risk of transmission on aircraft was “very low” and the IATA was determined to prevent the aviation industry from becoming a “significant source” of a further COVID-19 outbreak.

“We are working continuously with governments to ensure that any measures put in place are done so consistently and with scientific backing. That is key to restoring public confidence so the benefits of safely re-starting aviation can be realized.”

The news comes after numerous companies and organisations in the aviation industry reported record profit losses of $314 USD, or 55 percent of total revenues, with limited air traffic potentially resuming in the second half of 2020.

Boeing chief executive David Calhoun, who took over the company in January amid the ongoing 737 MAX crisis, said in an interview that air travel may not recover in 2020, adding that he expected a major US airline to fold in September.

Several international carriers, including Flybe, Virgin Australia, Monarch Airlines and others have fallen into administration in recent years due to Brexit and the ongoing pandemic over profit warnings and an unstable market. Top execs from Virgin Atlantic and EasyJet have also issued similar warnings and urged government support to remain profitable.

“If airlines go under, there’s not going to be the opportunity for that, and that will further damage the global economy. So it’s absolutely crucial that governments step in to help the industry at this time”, Chris Goater, IATA assistant director of corporate communications, said at the time.