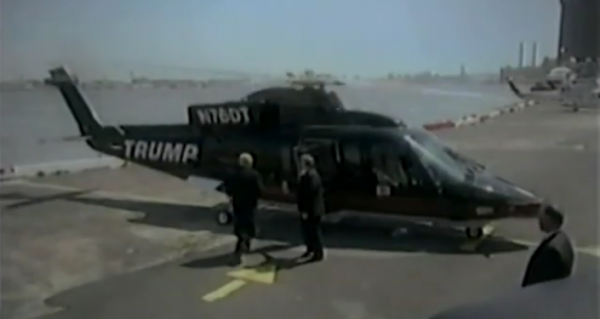 The iconic helicopter with “TRUMP” emblazoned on the tail that was once featured in the opening sequence of US President Donald Trump’s hit show “The Apprentice” has now gone on sale, complete with gold-trimmed interior but absent the lettering.

If you ever wanted to own that luxurious, leather-seated, gold and African mahogany-trimmed helicopter belonging to Trump, now is your chance: the aircraft is now on sale for a negotiable price.

The seller’s page on Controller.com was posted by Jet Edge Partners and Aero Asset and says the helicopter is hangared in New Jersey. The aircraft is a Sikorsky S-76B built in 1989 – a common civilian helicopter used by the world’s elites, including the late American basketball star Kobe Bryant, whose S-76B plummeted from the skies over California earlier this year, killing all aboard.

However, one major feature has been removed: the big “TRUMP” logo painted on the chopper’s tail section.

According to the ad, the aircraft has logged roughly 6,259 hours of flight time.

Donald Trump, then a presidential candidate, offers to take children for a ride in his Sikorsky S-76B helicopter at the Iowa State Fair in August 2015

Trump also used the chopper as part of his campaign, giving kids helicopter rides at the 2015 Iowa State Fair, a major venue for presidential candidates during the primary races where they are expected to make stump speeches to small crowds, press the flesh with would-be voters and do generally endearing things like downing corn dogs for a scrutinizing mainstream media.