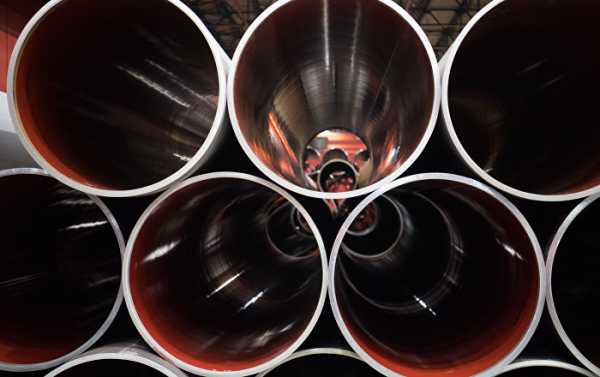 Warsaw has been one of the most vocal critics of the Nord Stream 2 gas pipeline, with Poland’s president recently calling it “an energy threat” and urging Berlin to pull out of the project.

It is practically impossible to halt the construction of the Nord Stream 2 pipeline now that “two powerful countries”, Russia and Germany, have committed themselves to building it, Prime Minister Mateusz Morawiecki said.

“Let’s maintain hope, but let’s be honest: two powerful countries, one of which – Russia, is a world power, and the other – Germany, is the world’s fourth largest economy, have decided to build a gas pipeline,” the prime minister said in an interview with the Interia Polish web portal on the sidelines of the World Economic Forum.

Calling the energy infrastructure project’s implementation “selfish,” presumably on Germany’s part, Morawiecki said that what Poland needs is allies who could speak out against the initiative.

“We think this [project] is against European values. We also believe that this contradicts the assurances of security for our part of the world, for Ukraine, for Poland, and is a very selfish activity,” the politician said.

Poland, Morawiecki stressed, has been consistent in condemning the project, and has done its best to convince others to do the same.

“But back to the first point – these are two powerful states, so to speak, and it is not easy to forbid them from doing anything,” Morawiecki reiterated.

Poland has been one of the most vocal critics of Nord Stream 2, praising efforts to replace Russian energy supplies for Europe with American and Qatari LNG, and successfully lobbying the European Commission to subsidise the Baltic Pipe project, which envisions the construction of an offshore gas pipeline connecting Poland and Norway via Denmark.

Nord Stream 2, a joint venture between Russian gas giant Gazprom and half a dozen Western European energy firms, including Uniper, Wintershall, Engie, OMV and Royal Dutch Shell, seeks to build a pipeline with an annual capacity of 55 billion cubic metres of gas, through the Baltic Sea, running from Vyborg, Russia to Greifswald, Germany. The project is expected to be completed at the end of 2019. As of December 2018, the companies involved indicated that they have invested over 6 billion euros in the project.

Earlier this month, the US threatened to introduce sanctions against European energy companies participating in Nord Stream 2, and said that the project could carry “reputational costs” for those involved. German Energy Minister Peter Altmaier responded by saying that it would not be easy to intimidate Germany on this issue, adding that the venture’s critics were targeting “the wrong whipping boy.”