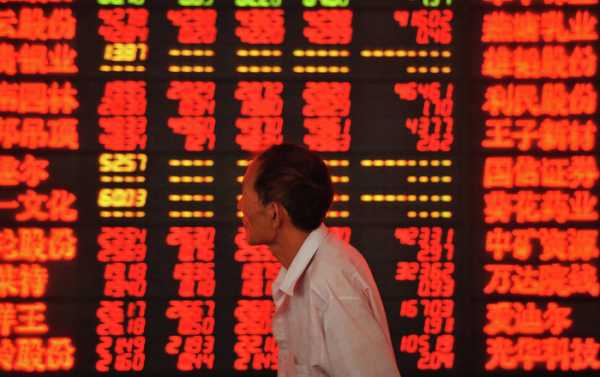 Kristian Rouz – Chinese Premier Li Keqiang has said the central government in Beijing is confident the nation’s GDP growth will remain within the “appropriate” range this year, refuting pessimistic assessments of the state of the Chinese economy. Li suggested Beijing’s accommodative policies will help offset the challenges facing the world’s second-largest economy.

Li reassured a panel of international experts that the Chinese economy will maintain momentum into 2019, despite China’s GDP growth rate having hit its slowest since 1990 last year, the Xinhua news agency reported on Friday.

His remarks come after a group of Chinese CEO’s and policymakers attended the World Economic Forum (WEF) in Davos, Switzerland, sending a message that China is still capable of driving global demand for raw materials and energy despite gloomy forecasts by some economists.

During the meetings in Davos, Zhang Jin of China’s 16th-largest company, Cedar Holdings, said Beijing’s structural reforms could potentially reverse the fading momentum in the country’s GDP growth. Zhang said an ongoing expansion of China’s consumer market could produce an acceleration in the broader national economy.

“China can generate its own domestic consumption, which can drive its own economy to grow better,” Zhang said.

According to China’s National Bureau of Statistics, the nation’s economy grew 6.6 per cent last year, with its total GDP hitting $13.28 trillion. Although the data points to a slowdown from 2017, last year’s pace of expansion was above Beijing’s target of 6.5 per cent.

For his part, Premier Li reiterated that Beijing’s ongoing reforms are expected to spur economic growth as soon as this year. The Chinese government recently announced plans to cut taxes, provide commercial banks with additional liquidity, and keep gains in property prices subdued.

“Therefore, we are fully confident and capable of keeping economic growth rate within an appropriate range in spite of multiple risks and challenges in 2019,” the Chinese premier said.

Li also reaffirmed Beijing’s commitment to opening up its economy, by relaxing rules and regulations for foreign companies operating in the Chinese market, and by easing foreign investment rules and capital controls.

He also said that this year China will improve its regulations related to intellectual property and technology, streamline administrative proceedings, and boost the quality of services provided to international businesses.

“China welcomes all competitive commodities and technology in the world, and we will strictly protect intellectual property rights and speed up the market transformation of innovation results,” Li said.

Moreover, he highlighted declining unemployment, high economic output, and better environmental standards as some of the achievements of Beijing’s economic policies.

However, some economists are not convinced that China can reverse its ongoing economic slowdown. They point to the high debt accrued by Chinese companies, provincial governments, and the central government itself.

Another challenge is China’s questionable practice of “shadow banking”, which might suggest that many private-sector enterprises have “hidden debt” off their balance sheets.

This speculation – albeit partially confirmed by some assessments, including form the International Monetary Fund (IMF) – hinders investor appetite for Chinese assets.

Meanwhile, a separate survey by Reuters found the majority of international economists to believe the Chinese economy could further slow down to 6.3 per cent this year. This, however, doesn’t contradict Li’s remarks, as officials in Beijing said earlier this month they expect GDP growth to fall into the 6.0-6.5 per cent range in 2019.

Huawei to Expand Russia Operation With 50 New Stores in 2021