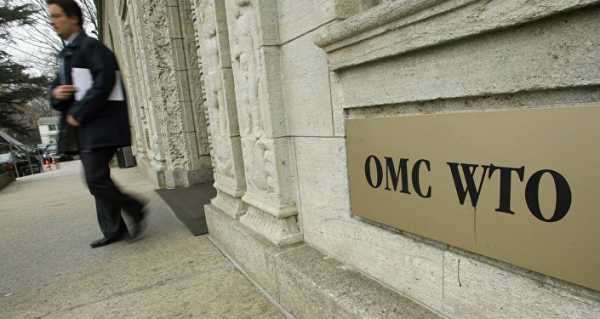 Ngozi Okonjo-Iweala, a Nigerian-American economist with over two decades of experience at the World Bank, was appointed director-general of the World Trade Organization on Monday, with her term set to commence 1 March.

The Biden administration ‘shares’ the concerns outlined by its predecessor about the WTO’s Appellate Body, but its ‘way of working’ will be different from that of Donald Trump’s White House, newly appointed WTO director Ngozi Okonjo-Iweala has said.

Calling the Appellate Body the “jewel in the crown” of the organization, Okonjo-Iweala said that necessary reforms “will not be easy, because we also have the issue of a lack of trust among members which has built up over time, not just the US and China or US and EU as many people want to say, but also between developing and developed country members.”

Okonjo-Iweala, 66, was appointed WTO chief on Monday following a closed-door meeting of the 164-member trade-focused intergovernmental organization. The economist spent 25 years at the World Bank as a development economist, and worked for two terms as Nigeria’s finance minister.

Former WTO director-general Roberto Azevedo stepped down from his post last August, departing a year ahead of schedule after suggesting a more energetic leader was needed to confront the organization’s internal problems. Trump blocked Okonjo-Iweala’s selection as WTO director-general last fall, arguing that the other candidate for the post, South Korean Trade Minister Yoo Myung-hee, was more qualified for the job, given her work in trade rather than development.

The WTO has been stuck in an internal crisis for years on end, as Washington has blocked new appointments to its Appellate Body amid trade disputes with China. During his tenure, Trump suggested that the WTO was in need of major reform, accused it of ‘unfair treatment’, and warned that Washington might even withdraw from the organization, which it had a key role in founding in 1995, if it didn’t “shape up.”

The Biden administration has yet to indicate whether it would unblock the Appellate Court appointments, and has not scrapped the Trump-era steel tariffs against the European Union which were enacted without appealing to WTO rules. The tariffs have substantial support from the US steel industry and unions.