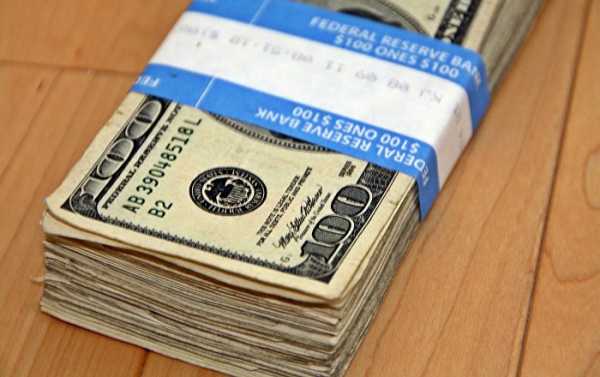 An Iranian-Canadian citizen has reportedly been charged with bank fraud in an alleged money laundering and sanctions evasion scheme involving Iran’s government, a state-owned oil company in Venezuela, and a whole network of offshore bank accounts.

Bahram Karimi, a 53-year-old Canadian of Iranian origin, has been charged in New York in multiple criminal cases, including bank fraud and conspiracy to commit it, for his purported role in money laundering, Global News reported. More specifically, he is charged with funneling $115 million through US banks straight into accounts for the Iranian government, according to an indictment announced last week.

In a separate count, US federal prosecutors alleged that this January, Karimi intentionally lied to federal prosecutors that he was unaware of sanctions targeting Iran in a bid to conceal his part in the money laundering scheme. The charges haven’t yet been heard in court, and no comments from Karimi have so far been reported. It also remains unclear if he used a Canadian passport in his alleged scheme.

The case comes as the latest development in the so-called “Venezuela Project” involving one of Iran’s billionaires, Mohammed Sadr Nejad, and his son, Ali Sadr Nejad. Nejad was nabbed while on a visit to the US in 2018 and charged with bank fraud, money laundering, and evasion of sanctions. Nejad has denied any involvement in the crimes. His lawyers have reportedly sought to have all charges he faced dismissed, insisting that US authorities have failed to identify Nejad’s accomplices in Iran or figure out who benefited in the alleged scheme.

The first hearings in the case are expected this year. Indictments against the two aforementioned figures suggest that they worked in the interests of Stratus Group, a Tehran-based international construction conglomerate directed by Nejad’s father. The tycoon’s family allegedly spent years setting up shell companies and accounts in Dubai, Switzerland, the British Virgin Islands, Turkey, etc. in order to covertly funnel large sums in US dollars from Venezuela’s government to Iran. Incidentally, as of 23 January 2019, the United States and Venezuela have no formal diplomatic ties in light of the political coup there.

In particular, Stratus arranged to fulfil a 7,000-unit housing project for Venezuela, with payments transferred from a Venezuelan state oil company, indictments allege. At some point Karimi was hired, as one who holds a Canadian passport and who was viewed as potentially helpful in the suspected money laundering scheme.

On top of this, US prosecutors allege the scheme was specially designed to “benefit the government of Iran” claiming that Iranian officials were directly involved.

Since the US withdrawal from the landmark deal titled JCPOA (Joint Comprehensive Plan of Action), Washington has imposed several rounds of economic sanctions on Tehran, also threatening to slap limitations on those countries that retain business contacts with Iranian companies.

Amid a limbo with regard to allies’ participation in the deal, Tehran announced a course to ditch its commitment under the accord and proceed with its nuclear programme, which the country had to suspend under the JCPOA in exchange for economic allowances. The US-Iran relationship recently hit a new low following an Iran-backed forces’ attack on the US Embassy in Baghdad and subsequent US-commissioned assassination of Iranian General Qasem Soleimani.