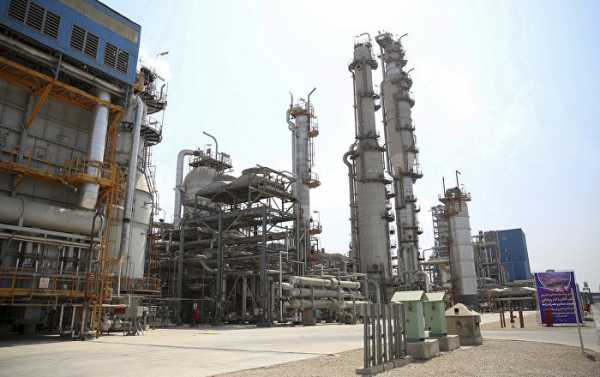 SOCHI (Sputnik) – Iran should be able to resume oil exports in amounts comparable to the period before May 2018, Russian Deputy Foreign Minister Sergei Ryabkov said Friday.

“We have been doing this and will continue to do so. The only problem is that the volumes in which we could receive oil for goods under the scheme, in general, do not set the tone. Iran should have the opportunity to carry out oil exports at least approximately on a scale comparable to the period until May of last year,” Ryabkov said.

The US has recently intensified its efforts to bring the Iranian oil exports to “zero” having ended the sanctions waivers for eight states that were issued in November 2018 when the restrictions were imposed and introduced new sanctions against Iran’s Persian Gulf Petrochemical Industries Company (PGPIC).

Tehran responded to this by calling the sanctions against it a “defeated policy”, noting that it had proved its ineffectiveness when carried out by previous administrations.

Washington imposed sanctions on the Islamic Republic following its withdrawal from the Iran nuclear deal – an accord that lifted international sanctions from the country in 2015 in exchange for limitations on its nuclear programme. US President Donald Trump argued that the deal was “flawed” and has demanded that a new and “better” agreement be reached.

Tehran has refused to hold negotiations with Washington unless it lifts its economic sanctions, vowing not to bow under pressure.