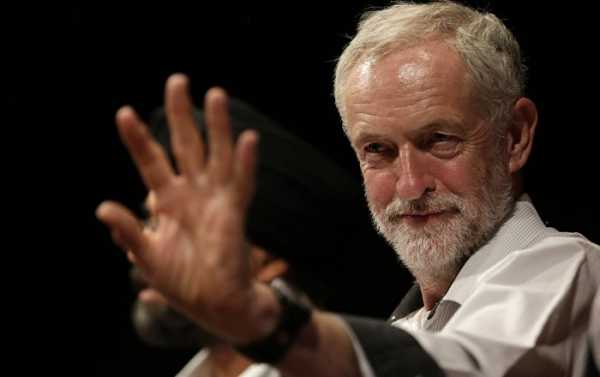 Labour Party leader Jeremy Corbyn has announced plans for a windfall tax on tech giants such as Google, Amazon and Facebook to pay for public interest journalism in the UK. The UK government say an “internet tax” would increase consumers’ bills.

Mr. Corbyn made the proposal in a wide-ranging speech on radical reform of the media at the Edinburgh TV Festival on Thursday, August 23.

But it was immediately criticised by Theresa May’s government.

Mr. Corbyn was also mocked for his plans for the BBC to publish equality data, showing the “social class” of all its staff, with many people pointing out that his own press office was dominated by middle class or “posh” people.

He said he wanted to build a “free and democratic media for the digital age” and he also proposed major reforms to the BBC.

​”We need bold, radical thinking on the future of our media…(otherwise) a few tech giants and unaccountable billionaires will control huge swathes of our public space and debate,” Mr. Corbyn said in the speech.

He said the British media was not “ready” for the challenges it faced in the 21st century and was the “least trusted” in Europe, including countries like Serbia and Macedonia.

“Just because something is on the front page of The Sun or the Daily Mail doesn’t mean is it news,” he quipped.

Mr. Corbyn started out as a journalist, working on a tiny provincial newspaper — the Newport and Market Drayton Advertiser in Shropshire — and chaired the National Union of Journalists’ parliamentary group.

He said “a free press is essential to our democracy” but he said too many journalists were held back by the whims of media proprietors.

​”They need to be set free to do their best work, not held back by media bosses, billionaires or the state,” said Mr. Corbyn.

He praised investigative journalism into homelessness by the Manchester Evening News and the Hackney Gazette.

Among the proposals he announced were plans to strengthen the Freedom of Information Act by ending ministerial vetoes and including private companies who deliver public services.

He wants to give charitable status to organizations such as the Bureau of Investigative Journalism.

Mr. Corbyn also proposed the creation of an independent fund for public interest journalism which would be paid for by a levy on tech giants such as Google.

He reiterated his support for the BBC, which he described as a “great institution which rightly commands a special place in our country’s story and national life.”

But he said he wanted to democratize the BBC to make it more accountable to the public, more representative of the nation and freer from government influence.

This would include the election of some BBC board members by staff and TV license fee payers and removing the government’s powers of appointment.

Mr. Corbyn called for the introduction of a “digital license fee” which would be paid for by tech giants or through internet service providers, to supplement the TV licence fee and reduce the cost for poorer households.

“A digital license fee, supplementing the existing license fee, collected from tech giants and internet service providers, who extract huge wealth from our shared digital space, could allow a democratized and more plural BBC to compete far more effectively with the private multinational digital giants like Netflix, Amazon, Google and Facebook. This could also help reduce the cost of the license fee for poorer households,” said Mr. Corbyn.