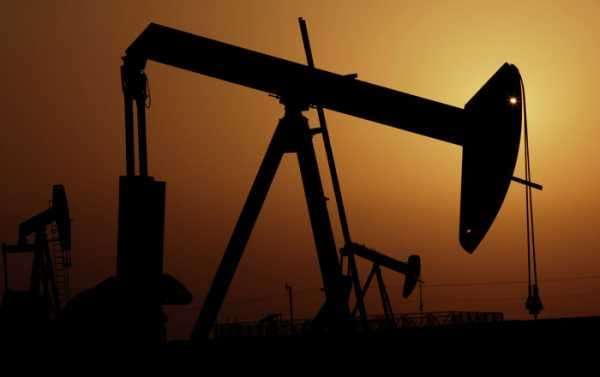 US small businesses are enjoying a stable influx of investment capital due to higher oil prices, which, coupled with the White House’s economic policies, have encouraged robust capital allocation in regional, obscure, and low-key businesses across the country.

Despite criticism from US President Donald Trump, more expensive oil is contributing to his agenda of revitalizing American small businesses across-the-board – not just the energy sector. This is because a higher investment appeal of small-cap ETFs is driving an inflow of capital into companies in other sectors as well, including multiple tech, finance, and Main Street economy start-ups.

Brent crude is currently trading in London at just below the psychological threshold of $80/bbl – which the oil benchmark briefly touched last week – stirring optimism amongst US small-caps investors. An ever-increasing number of US oil drillers are smaller companies – a trend kick-started after the so-called “shale revolution” back in 2014.

Experts are anticipating a further increase in small-cap investment, as the oil boom is driving up earnings-per-share of such companies.

“Even though (oil equities have) had a good run, estimates will be climbing because analysts are raising their oil forecasts. So even though the stocks go up, they can still look cheap because the earnings estimate is going to go up as fast as the stock,” Steve DeSanctis of New York-based Jefferies said.

The Russell 2000 index of small-cap firms hit its record high for the third consecutive time last week, also posting three weeks of uninterrupted gains. This comes as the three major stock indices – which are the S&P 500, NASDAQ, and Dow Jones – posted losses for the past week amid China trade concerns.

The small-cap index is now over 11 percent above its early February reading, which was its lowest this year. Analysts agree the oil rally has driven the gains, as smaller drillers have commissioned the largest number of oil rigs since 2014, almost completely erasing the negative effects of the massive oil plunge of late 2014 to mid-2016.

“Some of the smaller energy service providers got banged up so badly when oil went down,” J. Bryant Evans of Champaign, Ill.-based Cozad Asset Management said. “But the ones who survived have a real opportunity to grow and take market share now that oil is at $70/bbl.”

In the meantime, small-cap financials – including banks and non-bank lenders – as well as healthcare providers have performed well, too. Health care companies have fared particularly well due to the rising costs of medicals services stemming from the remnants of the so-called Obamacare – which US President Trump has repeatedly blamed for the skyrocketing insurance premiums and other consumer-side drawbacks.

​The S&P 600 healthcare index has increased by a massive 26.8 percent, even though more and more Americans are opting out of health insurance coverage altogether, choosing to receive health services from their local doctor.

Meanwhile, banks have benefitted from the Trump administration’s deregulatory policies, which include cutting the red tape and rescinding the odious 2010 set of rules known as the Dodd-Frank Act.

Too-big-to-fail (TBTF) banks have been worried about President Trump’s rollback of the Obama-era regulations, with the S&P 500’s bank index having slid 0.3 percent year-to-date, smaller banks have reaped the benefits of deregulation, which has boosted their lending capacity and profitability.

“As a result, small/mid cap stocks have not seen the same rise in operating margins that large-caps have experienced from their greater access to capital markets and ability to scale operations more efficiently in a world of lower top line growth and greater regulatory costs,” experts from American bank Morgan Stanley wrote in a note.

The oil rally is not expected to end anytime soon amidst the expectations of the renewed US sanctions against major oil-producer Iran, meaning the small-cap rally is set to continue into the first half of next year.