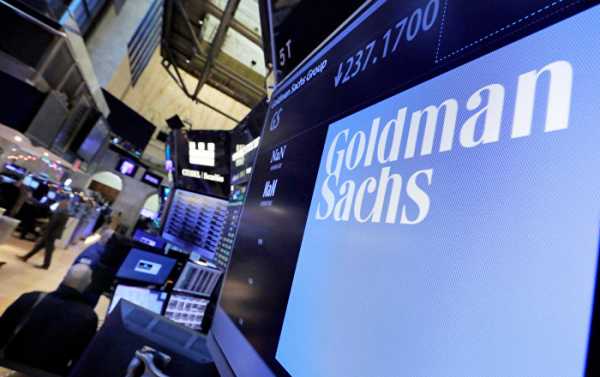 Earlier, as states reopen after months of lockdown to stop the spread of COVID-19, US President Donald Trump touted small businesses at the White House “Spirit of America” event, insisting the country was almost back to its pre-pandemic levels “from the standpoint of the stock market.”

Wall Street investment bank Goldman Sachs has predicted that although US Gross Domestic Product (GDP) is on course to shrink more than anticipated, the American economy will be firmly back on track by September.

But a third-quarter rebound will be limited by the likely “pause” in consumer spending in July and August, according to Goldman Sachs analysts cited by Wall Street Journal reporter Michael S. Derby.

​Nevertheless, the investment bank upgraded its forecast numbers for 2021 in part over heightened optimism over recently improved “prospects for an earlier vaccine,” says Derby.

On unemployment in the US, the bank has revised its earlier estimate of 9.5 percent, forecasting the figure to remain at 9 percent until the end of 2020, reports Bloomberg.

The renewed estimates come after US President Donald Trump hailed the fact that the country had rebounded to almost pre-pandemic levels “from the standpoint of the stock market.”

Speaking at a “Spirit Of America” showcase event at the White House on 2 July Trump emphasized a record surge in retail sales and a 50-day stock market rally in June.

​June was also cited by Trump for its largest monthly jobs gain in history.

​Amid the pandemic challenges, the president said manufacturing was being brought back because of “incredible trade deals”.

The president concluded by guaranteeing that by next year, the nation would come back economically stronger “because of what we’re doing now”.

The statements came as the US Labour Department’s latest report showed a 4.8 million increase in jobs for the American economy over the course of June, along with a fall in unemployment from around 13 percent to 11.1 percent.

The optimistic statements by the US President came despite a surge in coronavirus infections in a number of states.

America recorded its biggest single-day spike in new COVID-19 cases on 1 July, with more than 50,000 people testing positive for the first time, according to a tally by Johns Hopkins University.