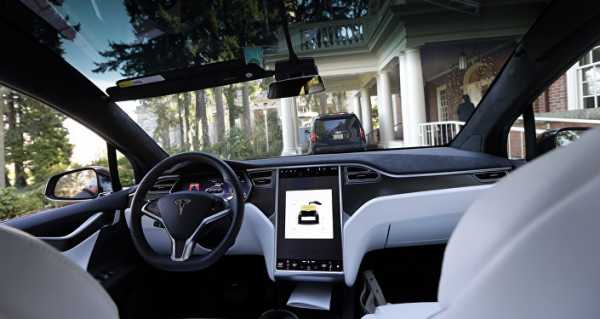 Tesla has had its driver assist feature for quite some time now, but last year it released a raw version of its future system for a limited number of owners to try out.

Promoting his new product, Farley said that it was tested by the company itself, so its customers wouldn’t have to.

This is an obvious reference to the trials of Tesla’s “full self-driving” feature; the high-tech company released an unfinished beta version of the system in 2020 for around 2,000 real-world owners and announced its plans to let every customer try and test the beta of the feature in the near future.

Tesla, however, has had driver assistance features for years now, with the Navigate on Autopilot feature which can automate the steering, accelerating, braking, and keeping the car within the lane. Tesla, however, states quite clearly that the Current Autopilot features do not make the vehicle autonomous and require “active driver supervision”, which means that the car asks the driver to keep a hand on the steering wheel and be attentive to the road. These precautions come for a reason since there are few documented instances of Tesla cars failing to keep the lane or prevent an accident on Autopilot.

Ford, on the other hand, has bragged about the car’s ability to let the ‘driver’ keep clear of the steering wheel and let the automobile do the job. Ford says its BlueCruise system will be released later this year on the 2021 Ford F-150 truck and its electric 2021 Mustang Mach-E after 500,000 miles of testing.

There catch is – Ford’s driver assist feature will be only available at “prequalified sections of divided highways called Hands-Free Blue Zones”. That would be some 100,000 miles of North American roads, according to the company, and there is no information about how soon, if ever, the system would be available in Europe, where there are such heavyweights as Volkswagen AG with their driver-assist products on a wide range of  vehicles; or in Asia, where in China, for instance, Tesla continues to top the charts among electric car manufacturers.

Ford’s BlueCruise system is very similar to General Motors’ Super Cruise hands-free driver-assist system, which is now available on several Caddilac models with a free 3-year trial. Ford will be asking from $600 to $3,200 for its BlueCruise to be installed on the small range of cars capable of carrying the system, depending on the package.

Tesla, on the other hand, states that all new Tesla cars are capable of providing Autopilot features today, and full self-driving capabilities in the future. Its future FSD, however, costs a small fortune, with the company last year updating the price following the launch of the beta up to $10,000. The positive side to it is that Tesla’s Autopilot and FSD are not limited to a certain amount of “pre-approved” highways, and are capable of working basically everywhere where there’s a road.

On Wednesday, Elon Musk announced on Twitter that the FSD beta could come for everyone to try as early as May of by June this year, adding later that “the only way to solve self-driving is to solve a big part of real-world AI”  and that “unless a company is good at AI with tight compute, it’s hopeless”.