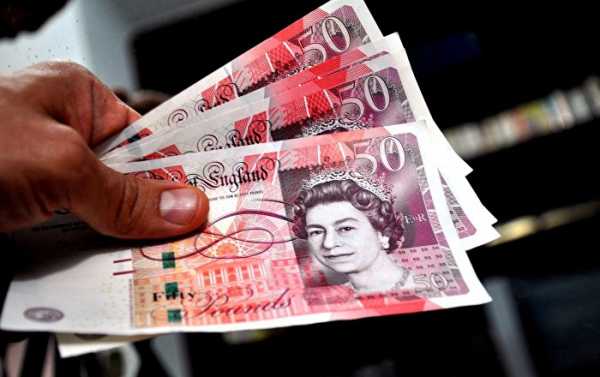 The British pound (GBP) is gradually recovering against its major peers, helping contain inflation and imports costs in the UK, whilst also contributing to the lower international competitiveness of British exports and trade in manufactured goods.

Kristian Rouz – The UK’s national currency, the pound sterling, has strengthened to $1.41 – settling within its multi-year trading range against the dollar of $1.41-1.60. This helps bring down the costs of imported goods and raw materials, suppressing factory input costs as well, and bringing down inflation – which is still way above the Bank of England’s (BOE) 2-percent target.

However, the pound’s recovery has its downsides. When the cable dropped to as low as $1.19 following the Brexit referendum back in June 2016, British exporters and manufacturers posted several quarters of windfall gains due to the rising global competitiveness of British trade.

Now, the pound’s recovery might offset these developments – albeit the cable is still weaker than it was in early 2016 against other major currencies – due to the dollar’s slight devaluation since then.

The pound has risen some 3 percent this year so far, which is expected to hinder inflation by 0.2 percent – in line with the BOE’ policy. Back in November, the BOE hikes its interest rates to 0.5 percent, the first increase in over a decade, in order to battle the unwinding inflation, which was getting close to 3 percent.

“We would expect sterling to have a fairly material impact on their price predictions,” Philip Shaw of Investec said. “But we wouldn’t be too concerned – it could even be positive for growth through the reduction of the squeeze on consumer spending.”

UK manufacturing rose a massive 2.7 percent last year due to the weaker pound, but now the expansion might slow, whilst the services sector and consumer spending are in for significant gains.

BOE officials are set to release their broader macroeconomic report – which will include their outlook on inflation – on the 8th of February. Preliminary observations suggest the UK economic growth might slow in 1Q18, as FX rate fluctuations will hamper manufacturing and exports, whilst consumer sector might not rebound as fast to offset the projected slowdown.

“Our surveys suggest that growth has slowed across the board,” Anna Leach, head of economic intelligence at the Confederation of British Industry (CBI), said. “But it’s retailers that are once again bearing the brunt as inflationary pressures continue to squeeze consumer-facing businesses.”

These developments are also expected to have political implications, as Brexit hardliners within the ruling Conservative and Unionist Cabinet have been predominantly the long-term proponents of higher exports, stronger domestic manufacturing, and a weaker national currency.

Nonetheless, a separate report shows a continual increase in the UK’s consumer sentiment – despite inflationary pressures. This comes as the British labor market is in its best shape in decades, with low unemployment, and the labour participation rate at its highest since the 1970s.

UK’s consumer confidence rose this month the most in over a year, with its measure of household finances posting its best result in over three years.  This according to a report from YouGov/CEBR, which also pointed to a solid increase in business confidence as well.

“Higher-than-expected GDP figures, a drop in inflation and now an uptick in consumer confidence –the new year is off to a promising start,” said Nina Skero of the Centre for Economics and Business Research (CEBR). “With household finances and upcoming business activity metrics both on the rise, the 2018 slowdown that many had expected looks less likely to materialise.”

Additionally, economists expect a continued increase in disposable incomes, driven by the rising wages in a labour market lacking a supply of qualified workforce. The overall sentiment is the UK has passed through its worst period of Brexit-related consumer squeeze, and most projections are painting a glowing picture ahead.