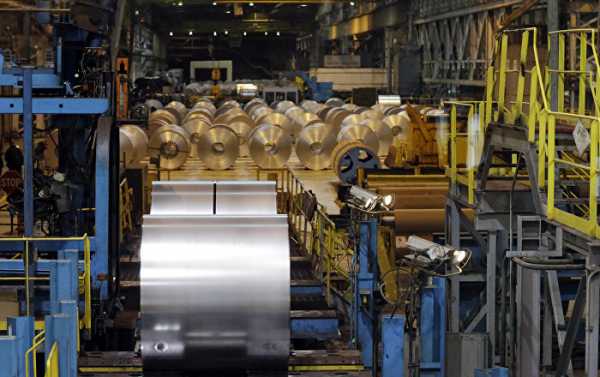 BRUSSELS (Sputnik) – EU Trade Commissioner Cecilia Malmstrom said on Tuesday that she does not believe the United States is going to exempt the European Union from its steel and aluminum tariffs again as the deadline for the current exemption draws closer.

“We have no clarity yet. The deadline expires the 1st of June, as you know. I don’t think they will be prolonged, the exemptions, so there will be some sort of decision, and we have to prepare for different scenarios,” Malmstrom told reporters.

According to Malmstrom, the European Union is willing to engage in talks with the United States and to facilitate trade relations under the condition that the bloc is totally exempted from the tariffs, which violate World Trade Organization regulations.

Earlier, the EU trade commissioner has already dismissed any possibility of negotiations with the US until Europe is guaranteed an “unconditional and permanent” exemption from tariffs.

In March, the United States introduced a 25-percent tariff on imported steel and a 10-percent tariff on imported aluminum. A number of countries, including the European Union, were exempted first until May 1 and then for one more month until June 1. Media say that close allies of the United States, including Canada, Mexico and South Korea, are likely to get permanent exemptions from the tariffs.