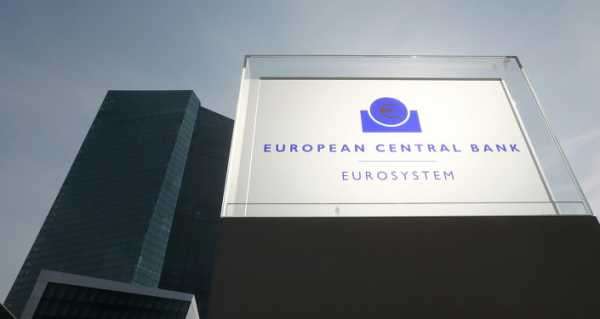 The European Central Bank announced in March that it would spend €750 billion in bond purchases to calm sovereign debt markets, as part of measures to combat the economic fallout of the coronavirus. It then followed this up with €600 million of fresh stimulus in June.

The European Central Bank (ECB) left interest rates unchanged at record low levels on Thursday, despite the reimposition of fresh lockdown measures across the eurozone.

The move comes amid growing fears the eurozone could slip back into recession as large parts of its services sector are shut down again.

But the central bank said it would “recalibrate its instruments” in response to the fresh wave of Covid-19 infections after its next meeting In December.

ECB President Christine Lagarde said that staff macroeconomic projections in December would allow the ECB to make a thorough assessment of how it should recalibrate its policy response, leaving open the possibility of further stimulus measures. The single currency fell and bond markets rallied on the prospect of a fresh injection of stimulus.

Lagarde said the EU economy was losing momentum faster than expected amid a second wave of coronavirus cases with current risk projections “clearly tilted to the downside”.

The bank’s rate will stay at -0.5 per cent – which means that lenders have to pay to deposit funds with the ECB.

The central bank had been widely expected to leave rates unchanged and not to increase stimulus.  The ECB has set aside €1.35 trillion for bond purchases until mid-2021 as part of its pandemic response plan to help revive the economies hardest hit by the coronavirus, notably Italy and Spain, and it still has around €700 billion left in its war chest should it be required to soothe the markets in the coming weeks.