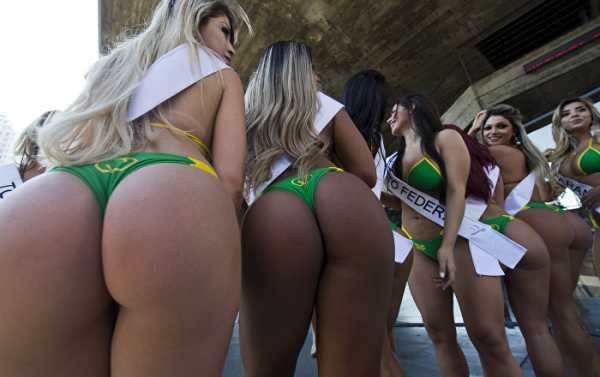 Shortly after he was arrested in July, Denis Furtado set about posting videos on Instagram in which he persistently claimed his innocence, causing a storm of reaction online.

Celebrity plastic surgeon Denis Furtado, commonly known as Dr. Bumbum, his mother, girlfriend, secretary and domestic staffer have been charged with homicide over conducting a plastic surgery procedure in Furtado’s Rio de Janeiro apartment that led to the death of a patient.

The 45-year-old surgeon, who was licensed to practice in Brasilia and the nearby state of Goiás but not in Rio, was arrested in July at the popular elite resort of Barra da Tijuca, where he performed a buttock-enhancing treatment on bank staffer Lilian Calixto, who died hours later in a private hospital.

Prosecutors issued a statement, where they specified that Furtado, essentially assisted by the other persons, had injected 300 ml of Poly (methyl methacrylate), or PMMA, a synthetic resin also known as acrylic glass filler into Calixto’s buttocks), thereby exceeding the recommended quantity. The Brazilian Plastic Surgery Society had earlier warned him against using it at all, yet he continued posting scores of promo-pictures, namely “before” and “after” snapshots of his aesthetic procedures.

According to prosecutors, the use of PMMA entailed a “prohibited risk” because the treatment was conducted in the doctor’s apartment that was at best “precariously adapted” to treating patients, in light of  “the risk of death of the victim.”

Furtado and his mother, Maria Fatima Barros, were on the run for five days following the incident, seeking a judicial order the remain free but were subsequently rejected by a Rio court and taken into custody, with Furtado going on to post claims of innocence on social media, attracting a plethora of comments from his followers. Many wrote heartfelt words of support, claiming those who had accused the doctor are mere “opportunists” striving for a brief bout of fame.

Others put emphasis on the praise he has been receiving for his work.

“I believe in you, I have always followed through the Net your patients’ procedures and all have been very well praised,” one user wrote. However, others agreed that justice has to be served:

“It’s over for you Denis Furtado! The House fell! One should not use the name of God in vain. With Him do not play! God is fair! Your greed and pride led you to this. He cheated many people and made a lot of money at other people’s expense,” one of Furtado’s Instagram followers commented, with another one weighing in:

“It was not the victim’s fault, she just trusted him. It is the fault of those who have studied to save lives and not to put patients at imminent risk of death.”

After the prosecutors have pressed their charges, the judge is expected to have a say in the matter and set a trial date.

The doctor is facing up to 30 years in prison, if convicted.

The surgeon shot to fame on Instagram and Facebook, where he racked up over 600,000 and 44,000 followers respectively, promoting his treatment.

“With an expressive number of followers on social media, “Dr. Bumbum” attracted women with the false promise of easy and immediate beauty,” prosecutors commented.