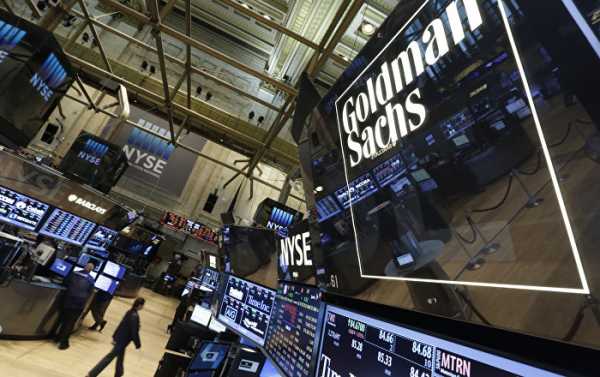 Wall Street’s biggest underwriter of initial public offerings (IPOs) has indicated that the era of the all-male board is coming to an end, intending to zero in on diversity in its new corporate governance rules for better headway. However, not everyone sees a direct connection between the board’s gender or composition and financial results.

Goldman Sachs CEO David Solomon told CNBC’s “Squawk Box” Thursday, on the side-lines of the Davos Economic Forum, that the world’s top investment bank won’t take companies public in the US and Europe unless they have at least one “diverse” member on their board, “with a focus on women”. The practice will apply beginning in July this year, he said citing his own observations to prove the point:

Solomon specified that while the bank would start with one “diverse” board member, the plan envisions an increase to two such seats in 2021, adding this diversity is an important issue for corporate governance and is sure to yield economic profits in years to come:

Although many posted kudos to the investment bank and its new rule, the news prompted quite a few to crack side-splitting jokes:

“ESG … where the capital flows are going”, one tweeted, while another butted in with:

“Will Goldman accept an all-Asian board in Asian countries or an all-Black board in African countries? How about an all-Jewish board in Israel? Or is corrupt Goldman Sachs only targeting White people?” another queried, elaborating on the matter and bringing up the Asian market, where the bank’s strategies purportedly won’t apply.

A third cheekily suggested there should be some secret condition imposed on women:

Some, meanwhile, openly questioned what IPOs have to do with one’s gender or colour:

Goldman Sachs, whose own board consists of 11 people, including 4 women, isn’t the only one to focus on management diversity: in March 2017, the firm called “State Street Global Advisors” launched its “Fearless Girl” campaign to encourage public companies to employ more women in top management positions.

According to Bloomberg, the corporate board has become “a rare bright spot for gender and racial diversity at the highest echelons of corporate America”, as almost half of the vacant spots in the top market index, S&P 500, were given to women last year. For the first time ever women accounted for over a quarter of all directors, as in July, the S&P 500’s last all-male board appointed a woman for a top role.