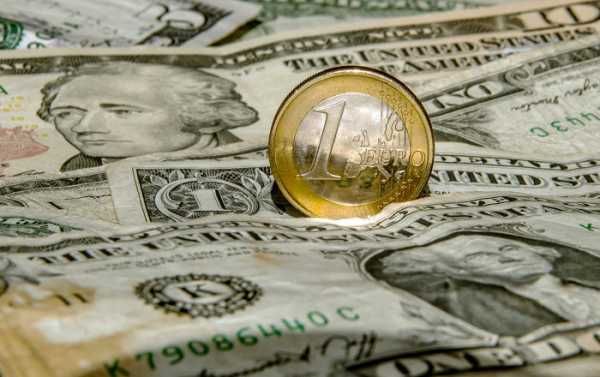 Germany’s top multinational lender is facing a flurry of investigations in the US, related to its business practices, regulatory compliance, and overall sustainability – while a major US bank is already recruiting its embattled German counterpart’s personnel.

Kristian Rouz – America’s central bank has requested an explanation from Deutsche Bank regarding its proposed “bad bank” scheme and its possible impact on the US market.

The inquiry comes as Deutsche Bank faces a separate US federal probe into allegations of the bank’s loose compliance with global money laundering standards, possibly leading to questionable money flows through the Frankfurt-based lender over the past decade.

The Fed will focus on the plan by Deutsche Bank to rearrange its trading operations by creating a separate division to hold its non-core assets. The division in question or “bad bank” was to separate assets to boost  Deutsche’s operational efficiency by separating its legacy assets, liabilities, non-performing assets, and other potentially toxic holdings into one unit.

Some have alleged the ‘bad bank’ strategy could destabilise the US financial system, as the volume of Deutsche’s questionable assets has been estimated in the tens-of-billions of dollars.

US officials expressed concern over reports that Deutsche could exit US equities trading after creating the “bad bank”. Such a move could potentially reduce competition in US stock markets, and drive asset prices, which the Fed – just ahead of its speculated move to cut interest rates – is trying to prevent.

Meanwhile, Fed officials are mulling additional restrictions on Deutsche’s operations in the US after an upcoming stress-test. The lender has failed three health checks over the past five years and had to pay hefty fines over smaller violations.

Now the ongoing money laundering inquiry is adding to Deutsche’s problems in the US. The probe by the Justice Department is reportedly focusing on Deutsche’s questionable transactions, which investigators believe could be connected to harbouring the proceeds of foreign corruption in the US.

“We cannot confirm any of the information, as the results are not known to us. We respect the process, and we will respect the Federal Reserve’s decision when made”, Deutsche’s spokesperson said in a recent statement.

Deutsche has recently suffered operational losses amid a regulatory crackdown. Its own shares, meanwhile, have also underperformed – to the sheer frustration of its stakeholders. While Deutsche has taken measures to reassure investors saying it is fully cooperating with investigators, many experts are wary of the German bank’s future in the American market.

Amid ongoing turmoil, one of Deutsche’s competitors, Citigroup, stepped in to recruit some of the German lender’s top employees to boost its own operations in the US. Citigroup has also approached top bankers with Goldman Sachs and Barclays Plc as part of its recruitment efforts.

“If we get the right talent, we have a big opportunity”, Manolo Falco, co-head of Citi’s Banking, Capital Markets, and Advisory unit in London said.

According to reports, Deutsche is planning to focus on European markets going forward – including the single currency area, non-Eurozone members of the EU, as well as non-EU countries of Southern and Eastern Europe. Meanwhile, the bank is set to gradually reduce its operations in other regions.