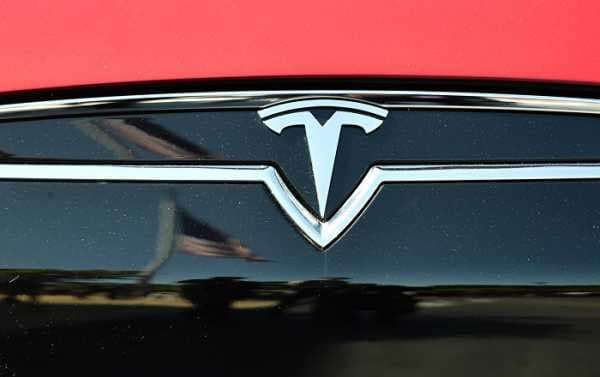 Tesla might face a regulatory crackdown after its CEO Elon Musk failed to secure Saudi financing to take the company private – adding to the carmaker’s mounting issues of low sales, negative revenue, and enormous debt.

Kristian Rouz — CEO of electric car-maker Elon Musk says he won’t accept the Saudi proposal of a $72-billion investment to delist the struggling company from the stock exchange and take it private. The announcement comes days after the Securities and Exchange Commission (SEC) launched a probe into the proposal as possibly misleading investors to support Tesla’s stock value.

Musk’s decision would leave Tesla a public company after a major sell-off in its stock dealt a blow to its capitalization. It also raises questions over Tesla’s future, as the company’s profitability has dropped over the past few weeks amid tough competition on the electric car market.

Musk said the Saudi investment proposal was abandoned after a Tesla board meeting earlier this week.

“I believe the better path is for Tesla to remain public,” Musk said, and board members reportedly accepted the CEO’s point of view.

The decision now creates more problems for Tesla and Musk. Previously, Tesla’s CEO said he would take the company private paying $420 per share with the Saudi money — adding the financing had already been secured.

That announcement perplexed investors, but nonetheless Tesla stock has dropped 20 percent so far. The SEC expressed doubt the funding had indeed been secured at that point, suspecting Musk’s announcement could be an unsubstantiated claim aimed at supporting investor confidence in the ailing company.

Musk’s most recent announcement might indirectly confirm the SEC’s suspicion, meaning a regulatory action against Tesla is now a possibility.

Several subsequent reports have revealed Musk hadn’t reached an agreement with the Saudis. Disenchanted investors — those who hadn’t shorted their Tesla holdings — have initiated legal action against Musk after his announcement this past Friday.

“Although the majority of shareholders I spoke to said they would remain with Tesla if we went private, the sentiment, in a nutshell, was ‘please don’t do this’,” Musk said.

Tesla is $11 billion in debt and has negative revenue at this point, and some two-thirds had supported Musk’s proposal to delist the company, according to previous reports. But Musk explained his latest decision as a result of pressure from “institutional stakeholders,” who said the Saudi investment would have structural ramifications for the company.

US regulations impose limits on how much money an institutional investor can allocate in a private company — whereas investing in a publicly-listed enterprise is easier.

Additionally, some expressed concerns over foreign investment rules as the proposed Saudi investment might have jeopardized US intellectual property — a matter of utmost sensitivity for the US government in the wake of the recent Section 301 probe.

Tesla’s board of directors said the company would focus on resolving its financial hurdles by increasing the production of its Model 3. It is unclear, however, whether this will help, as Model 3 has more affordable competitors on the US market, on the one hand, and is still lacking a cult status akin to that of an iPhone, on the other.

“We fully support Elon as he continues to lead the company moving forward,” Tesla’s board said in a statement.

Tesla said it would make up to 5,000 Model 3 vehicles per week, despite output congestions at the Fremont, California facility, and setbacks at the Reno, Nevada battery plant. Some have suggested Model 3 is lacking effective consumer demand due to its rather steep price — which might be the main reason Tesla’s struggle started in the first place.

Musk has reiterated for several months that Tesla wouldn’t have to raise additional capital, and the company would be in the black in the second half of this year. However, this seems unlikely in the face of the company’s plans to expand operations and make higher-end vehicles to compete with European counterparts — against the backdrop of lackluster sales and negative cash flow.

“It would be wise for Tesla to at least try to raise significant new equity capital sooner rather than later,” a team of analysts from Citigroup wrote in a note.

The experts said new capital would alleviate investor fears of the company’s sustainability.

But a greater potential challenge is the impending regulatory action from the SEC, and a lawsuit from disgruntled investors — as some have suggested, either Tesla or Musk could face hefty fines on top of their operational challenges.