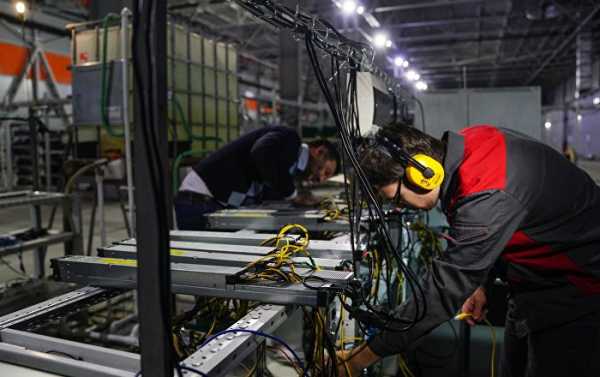 The All-Russian Research Institute of Experimental Physics in the town of Sarov is widely known for its petaflop-capable supercomputer, which was put into operation in 2011.

Two employees of a closed nuclear hub in central Russia’s Nizhny Novgorod region were detained after they tried to engage in cryptocurrency mining with the help of the center’s supercomputer, according to the website securitylab.ru.

Using their job position, the two, whose names were not disclosed, obtained access to the offline machine and connected it to the Internet on their own in a bid to start mining.

Shortly afterwards, the supercomputer’s security system transmitted relevant data to Russia’s Federal Security Service (FSB). The employees have reportedly been released from custody on condition that they don’t leave the country.

In 2011, the All-Russian Research Institute of Experimental Physics in Sarov, also known as the Russian Federal Nuclear Center (VNIIEF), rolled out its petaflop-capable supercomputer.

It is one of the two most powerful supercomputers in Russia; the second such machine is based in the Siberian town of Snezhinsk. A petaflop is the ability of a computer to do one quadrillion floating point operations per second.

Right now, the popularity of cryptocurrency mining is on the rise in Russia, something that has resulted in a spate of fires in several residential apartment buildings due to an overheating electrical grid.

In October 2017, President Vladimir Putin announced that Russia would issue its own official cryptocurrency — the CryptoRuble. This was followed by Russia’s Central Bank Deputy head Olga Skorobogatova announcing that the bank would propose legislation on taxation, control and accounting to regulate the virtual currencies as a digital good.