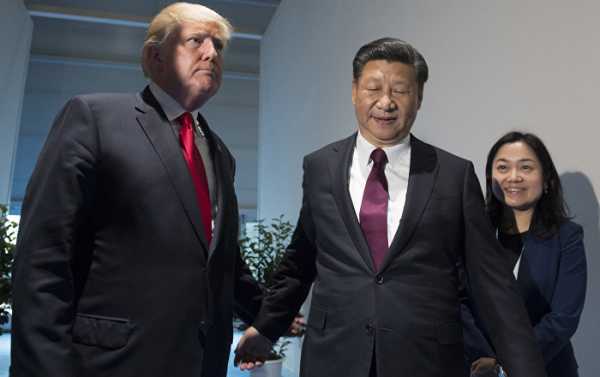 China accuses the US of dumping the chemical styrene, calling for importers to pay anti-dumping duties for its shipments as trade tensions between two of the worlds biggest economies continue to escalate.

While it’s not war yet, China’s Ministry of Commerce announced on Tuesday that it found dumping of styrene imports from the US, Taiwan and South Korea.

Styrene is a building block for many plastics and is used in China to make foam packaging.

The ministry also announced on Monday that anti-dumping duties of 5%-10.7% would be implemented on styrene imports from South Korea, Taiwan and the US effective from February 13.

Last year, China imported 3,2 billion kilograms of the chemical from the US, worth more than $4 billion.

This comes after last month, when US President Donald Trump approved controversial tariffs on imported washing machines and solar panels. A move that would hit Chinese and South Korean manufacturers the most.

The move is in line with Trump’s “America First” trade policy, which aims to protect local manufacturers from foreign competition.

Trump has also ordered a China trade investigation, to determine whether Chinese policies hurt American investors or companies, a move that was criticized by Beijing.

Meanwhile, last week China launched an anti-dumping probe into sorghum imports from the United States. China is the top buyer of US sorghum, whose imports amounted to around $1 billion last year.

Experts fear that tensions may grow into a tit-for-tat trade war between the two countries.