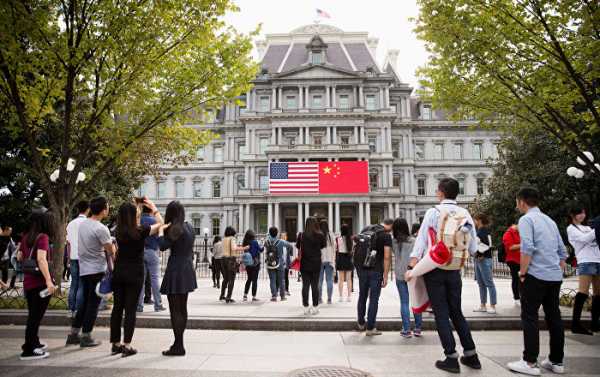 In order to encourage more US purchases, China will “advance relevant amendments to its laws and regulations,” including the patent law, the joint statement of the White House and China said.

“There was a consensus on taking effective measures to substantially reduce the United States trade deficit in goods with China. To meet the growing consumption needs of the Chinese people and the need for high-quality economic development, China will significantly increase purchases of United States goods and services. This will help support growth and employment in the United States,” the joint statement reads.

It is noted that the parties have agreed to “significantly increase the export of agricultural goods and energy.” The US will also send its delegation to China to work on the details.

The statement closed joint talks on May 17-18 between the two countries, with several US cabinet secretaries and China’s State Council Vice Premier Liu He having participated.

US President Donald Trump made reducing the trade deficit between the United States and China a key campaign promise.

Earlier, the US International Trade Commission stated that the US Commerce Department would impose anti-dumping sanctions on steel tube imports originating from China and five other countries.