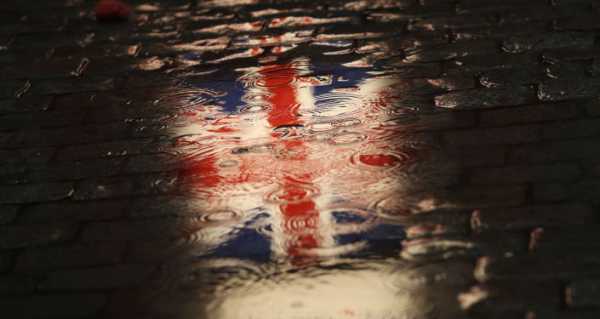 The International Space Station has been considered the most expensive single item ever constructed: as of 2010, the total cost of it covered by NASA, the European Space Agency, Russia, and Canada stood at US $150 billion.

Brexit has already cost Britain roughly £130 billion, thereby exceeding the sum paid for the construction of the International Space station – £115 billion (US $150 billion) and the total cost is likely to top a staggering £200 billion by the end of the year, as per a new report by Bloomberg Economics.

According to David Jinks MILT, head of consumer research at ParcelHero, cited by The London Economic, the government’s own estimates essentially confirm the widening gap between the EU and the UK:

The latter include last year’s “disastrously mis-timed £100m ‘Get Ready for Brexit’ campaign, which made even this year’s woeful ‘Stay Alert’ COVID awareness marketing seem successful”, as Jinks put it.

“Then consider the cost of last year’s wasted stockpiled food and medicines and the chaotic Operation Brock, which closed one side of the M20 for months, creating huge tailbacks”, the analyst went on to explain, also dwelling on the hefty sums spent on new border equipment, the new electronic Smart Freight System, as well as recruiting and training 50,000 customs officials.

Jinks assumed this may only be just the tip of the iceberg as far as costs are concerned.

He went on to speculate that if Whitehall persists with its belligerent negotiation tactics, mentioning as an example this week’s Internal Market Bill, which “threatened to overthrow international agreements Britain had already signed in good faith”, then the Brits will undoubtedly be heading for a no-deal Brexit in January, the analyst suggested. The latter, he stressed, would come with further costs:

In August, Thomas Sampson, associate professor at the London School of Economics, warned that when measured in terms of the impact of the EU divorce on the present value of UK GDP, “the Brexit shock is forecast to be two to three times greater than the impact of COVID-19”.

Jinks said Professor Sampson’s prediction highlights that the “ongoing cost of Brexit to 2035 will far exceed the short-term COVID hit”. He said that it’s up to people themselves to shape their opinion about Brexit and the ISS and decide which of the two projects is “the best way to invest in the future”, adding that what’s more, the projected Brexit costs by the end of 2020 amount to the entire UK food market.

In a recent development in the Brexit process, the House of Commons on Tuesday passed the Internal Market Bill on the future of US-UK trade relations post-Brexit, which stipulates certain much-debated amendments to the Withdrawal Agreement, with the updates being the subject of significant acrimony in recent weeks.

More particularly, the bill is to ensure that the UK’s four countries – England, Scotland, Northern Ireland, and Wales – can continue to trade with one another, unfettered by trade barriers, once the Brexit transition period comes to an end on 31 December 2020.

However, what’s been controversial about the proposed legislation is that it will give UK ministers the power to “disapply” regulations agreed to on Northern Ireland in the withdrawal treaty with Brussels in January 2020.

The European bloc has been seeking to make sure that there is no open border with its member state the Republic of Ireland – often simply called Ireland – that could function as a regulatory backdoor for British goods into the European market from Northern Ireland.