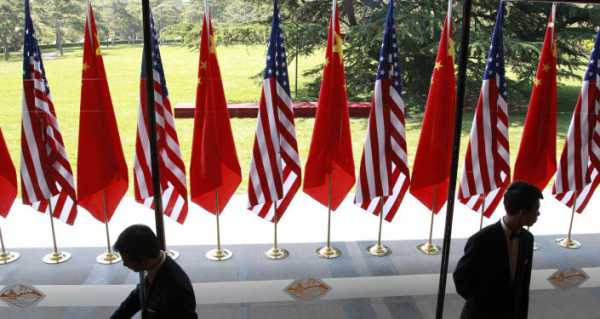 Earlier, media outlets reported that the Trump administration is set to include Chinese chip maker Semiconductor Manufacturing International Corp (SMIC) and China National Offshore Oil Corp (CNOOC) in its list of companies which it alleges have ties to the military.

The Chinese foreign ministry has said that it is firmly opposed to politicising public-private sector cooperation amid reports of Washington’s plan to add two Chinese companies SMIC and CNOOC to its defence blacklist.

The foreign ministry stressed that it hoped that the US would not erect barriers and obstacles to China-US cooperation.

Earlier, US President Donald Trump signed an executive order banning US citizens and companies from purchasing the securities of Chinese companies which Washington believes could be linked to the Chinese military beginning from 11 January 2021.

In turn, Beijing has criticised the move, stating that there is no evidence to back up the allegations.

The relationship between the United States and China has been worsening since 2017, when Washington’s updated National Security Strategy portrayed China, a long-time advocate of a multi-polar world, as a major threat to the US interests in world politics.

Bilateral tensions escalated further in the summer of 2018, when Washington hiked duties on $50 billion worth of Chinese imports in a bid to balance the countries’ trade deficit. The two countries proceeded to exchange several rounds of reciprocal tariffs and wage a brutal economic confrontation with diplomatic repercussions.

This year, Sino-American relations hit their lowest point in decades when the US openly accused Beijing of complicity in the spread of the Covid-19 pandemic.