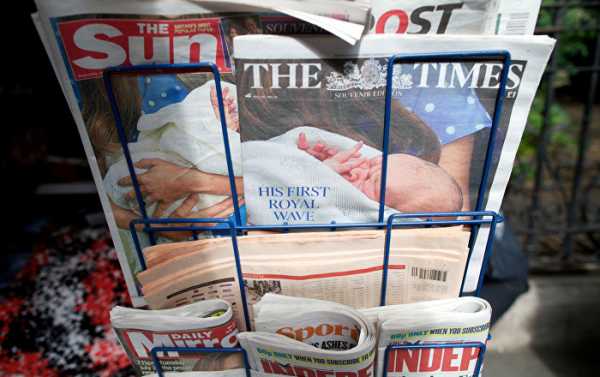 British newspapers are facing extremely hard times, with the Prime Minister Theresa May launching a review of the future of papers this week. Can anything be done to save the printed press from the endless rise of online news?

The Mirror has traditionally supported the Labour Party while the Express has always backed the Conservative Party, and has even flirted with UKIP in recent years. In 2015 Mr. Desmond donated $1.5 million to UKIP.

​In the 1940s the Daily Express was the most popular newspaper in Britain and its sister title, the Sunday Express, was one of the best-read weekend titles.

In 1962 the Daily Express’ circulation peaked, at more than four million copies a day, and then began a gradual and inexorable decline. Last year sales dipped below 400,000 for the first time.

It is openly acknowledged at the Express that its readers are largely elderly, which explains the numbers of stories it publishes about pensions, the weather and World War Two and its belligerent support for Brexit.

Its sister paper, the Daily Star and especially its online offering, tends to appeal to a much younger demographic, but the printed version has seen its sales almost halved since 2010.

This deal is a really exciting moment in Trinity Mirror’s history, combining some of the most iconic titles in the UK media industry

But Simon Fox, Trinity Mirror’s chief executive, explained why they were paying so much money for two brands with declining print sales.

“Northern & Shell’s titles have a large and loyal readership, a growing digital presence and a stable revenue mix and offer an excellent fit with Trinity Mirror,” he said, making it patently clear they were interested in the online brands, rather than the print versions.

All of Britain’s national newspapers have seen falls in print circulation in the last 20 years as more people access their news online or one mobile devices.

On Tuesday, February 6, Prime Minister Theresa May announced, during a speech in Manchester to mark the anniversary of the Representation of the People Act, a review into the future of the newspaper industry.

​‘Danger To Our Democracy’

She said the closure of hundreds of local newspapers was a “danger to our democracy.”

The Independent closed its print edition in 2016, while the Guardian and Observer recently went tabloid in a bid to save money on newsprint.

“Good quality journalism provides us with the information and analysis we need to inform our viewpoints and conduct a genuine discussion,” said Mrs. May.

“It is a huge force for good. But in recent years — especially in local journalism — we’ve seen falling circulations, a hollowing-out of local newsrooms, and fears for the future sustainability of high quality journalism,” she said.

​The review is set to examine the rise of “clickbait” news, much of which is deeply unreliable or misleading, under-staffing in newsrooms and the demise of reporters covering courts, local authorities and even Parliament.

It may also look at ways in which the government or other organizations could subsidize some local newspapers which are threatened with closure.