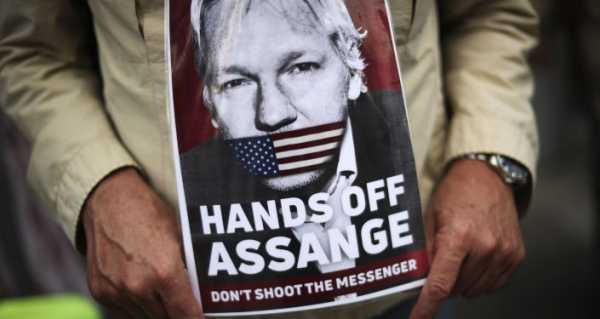 Last month, a UK judge denied a request to extradite Julian Assange to the US over concerns about the condition of the WikiLeaks founder’s mental health.

The Biden administration has appealed last month’s ruling by a UK judge against the extradition of WikiLeaks founder Julian Assange, the US Department of Justice announced on Friday.

In the appeal, the Justice Department clarified that President Joe Biden wants Assange to be tried in the US on espionage- and hacking-related charges related to his group’s publication of a trove of American military and diplomatic documents.

The WikiLeaks founder is currently behind bars in the UK following his arrest at the Ecuadorian Embassy in April 2019.

British authorities found Assange guilty of breaching his earlier bail conditions and failing to surrender himself to a UK court in 2012 upon Sweden’s request for extradition.

Judge Rules Against Extraditing Assange to US

On 4 January, District Judge Vanessa Baraitser ruled that the journalist should not be extradited to the US, in a move based on concerns that he could “circumvent suicide prevention measures” and kill himself in a US prison.

The judge argued that Assange would likely be subjected to high levels of isolation as well as special administrative measures both before and after trial in the US that would severely impact his mental health.

The judge accepted testimony that the publisher was on the autism spectrum, albeit on the high-functioning end, and that both his own mental condition combined with his likely treatment in the US would pose an unacceptable risk to his mental health.

The US Department of Justice is seeking the extradition of Assange on 17 espionage charges and one count of computer misuse, which carry a maximum sentence of 175 years in prison, following the publication of classified information on Washington’s wars in Iraq and Afghanistan as well as thousands of US diplomatic cables between 2010 and 2011.

The editor and the WikiLeaks organisation insist that the charges undermine the key premises of journalism and freedom of information, as Assange remains the publisher of the leaked info and not the source of the leak itself.